The Ugandan government is currently reviewing the terms of the power generation contract it entered into with South African power company, Eskom, over 10 years ago.

Eskom, through a locally-registered subsidiary, in 2003 won a 20-year concession to manage the then new 200MW Kiira power station and the 50 year old 180MW Nalubaale power station, reports The East African.

Under the deal, Eskom was to inject $100 million into the assets over the 20-year concession period. Read more: The Big Question | Unbundling of state-owned utilities

However, Eskom Uganda managing director Thozama Gangi admitted, when she appeared before parliament on March 1, that the company had invested only $25 million in the plants five years to the end of the concession.

It is reported that President Yoweri Museveni is in favour of returning power generation to the Uganda Electricity Generation Company, which lost the mandate with the advent of partnerships with the private sector under contracting arrangements.

Media cited Gangi stating that $4 million has been approved for investment in the plants this year while another $26 million would come in over the next three years.

Eskom running down the generation facilities

Speaking before a Parliamentary Natural Resources Committee, Uganda Electricity Generation Company chief executive Dr Harrison Mutikanga highlighted that no major refurbishment of the plants have been conducted under the Eskom management.

“A power station of Nalubaale’s age needs major refurbishments every seven to 10 years. Uganda Electricity Board did the last of such refurbishments more than two decades ago. Eskom has done no works of that scope during its 15 years at the station,” Mutikanga told the committee.

It is reported that to date, Eskom has invested $25 million, which mainly went into upgrading the power stations’ control system to automation and to conducting multiple studies on the power house’s cracking walls.

According to Eskom’s estimation, the extensive damages at Nalubaale remain because solutions that employed by the defunct Uganda Electricity Board have been are ineffective.

“This is a problem of alkaline silicate reaction,” Gangi said adding that at least three separate consultants had been hired to find a solution.

“Mechanical interventions are of little value in this case because studies have shown that the cracking in the walls of the powerhouse was caused by alkaline silicate reaction, which is a chemical reaction,” she told the committee.

Uganda Electricity Generation Company underlined that without intervention, the powerhouse at Nalubaale has only 10 years of useful economic life left.

The two plants are important because they have the lowest feed-in tariff of just $1.5 cents per kilowatt hour.

In spite of low offtake, which restricts Eskom to supplying just 38% of power dispatches, its low tariff is used to reduce the impact of the 8 cents at which the privately-run Bujagali power station inject power into the grid.

“The choices are stark. We either decide to invest in the extension of Nalubaale’s lifespan for another 30 years or decommission it in a decade. That would mean losing the moderating influence of this cheap source of power on the final tariff,” Mutikanga said. 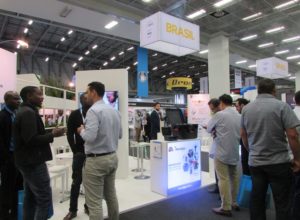 Brazil at #AUW2019: more than $5m in business expected