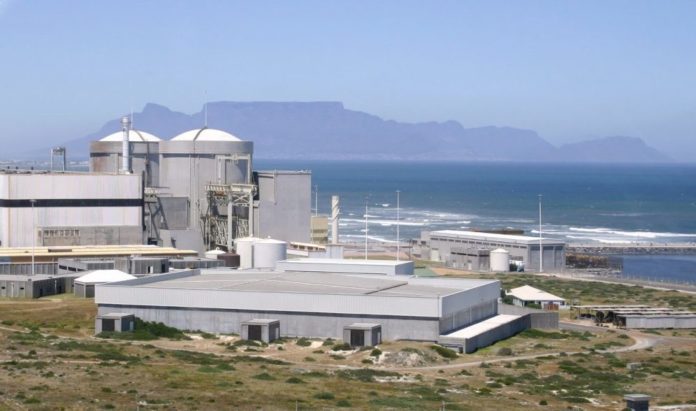 New nuclear build in South Africa advances a step further as the Department of Environmental Affairs (DEA) has granted Eskom permission to proceed with the nuclear installation at Duynefontein in the Western Cape.

The site is located next to the existing Koeberg nuclear power station.

In a statement issued by the state-owned utility, Eskom’s Chief Nuclear Officer Dave Nicholls stated: “We welcome the authorisation by the Department of Environmental Affairs on the Final Environmental Impact Report (F-EIR) for the Nuclear-1 Power Station and associated infrastructure, and consider this an important milestone in the development process of South Africa’s nuclear programme.”

Speaking to ESI Africa, Knox Msebenzi, managing director for the Nuclear Industry Association of South Africa (NIASA), also welcomed the announcement, stating: “This is an important step in the right direction for the future of nuclear power in this country.”

At the beginning of the project, five alternative siting areas for the new nuclear build were investigated at the scoping phase.

According to Nichols, while Thyspunt had been the preferred site according to the F-EIR compiled by GIBB, an independent environmental practitioner, Eskom had always considered both sites equally capable of hosting a nuclear power plant. “To this end, we had progressed the Nuclear Installation Site Licence (NISL) to the National Nuclear Regulator (NNR) for both sites,” said Nichols.

Following the scoping phase, Brazil and Schulpfontein were excluded from further detailed specialist environmental studies for the Nuclear-1 EIA. Eskom has pointed out that the other four sites are still usable in the future as no fatal flaws have been identified.

Msebenzi adds: “As pointed out by the Eskom Chief Nuclear Officer, the Thyspunt site has been considered a preferred site. It is worth pointing out that approval of the Duynefontein site does not imply the Thyspunt site is not approved. It is quite possible that the DEA may pronounce Thyspunt as also an approved site in days to come.

“It would then be a socio-political decision which site is developed first. As recently as this week, the Deputy Minister of Energy was addressing delegates at annual summit of the South African Young Nuclear Professionals Society (SAYNPS) that the construction of a nuclear power plant at Thyspunt will be a game changer for the economy of the region. This gives us an indication that government has not discounted Thyspunt as a preferred site.”

EIA instrumental in the process

According to Nicholls, the environmental assessment undertaken was a rigorous proceesing, stating: “Throughout the EIA process, more than 35 studies were undertaken, with some revised and updated, by experienced specialists and a comprehensive Public Participation Process (PPP) was undertaken. The granted authorisation is confirmation of the adequacy of the extensive work undertaken.”

Going forward, GIBB and Eskom will interrogate the decision for the new nuclear build site and will work within the regulations in terms of available options.