Running ahead of schedule, the utility said the unit was officially declared commercial after the completion of control performance and the 72-hour reliability tests, putting all performance guarantees to effect. Read more…

The parastatal commented: “Unit 5 was first synchronised to the national grid on 8 September 2016.

“This was then followed by further testing and optimising which resulted in its full power of 800MW being attained on 17 December 2016.” Adding that this milestone came ahead of the scheduled time line of March 2018.”

With an output of 800MW going to the national grid, Unit 5 joined its sister unit, Unit 6, which has been contributing to the balancing of electricity supply and demand since 23 August 2015. Read more…

The remarkable progress came after intensive continuous testing activities and shared dedication from Eskom and its execution partners.

Matshela Koko, interim group chief executive, said: “The Eskom new build programme is meant for strengthening the electricity supply, Medupi with its second unit coming online, is a reflection of the endeavours towards realising this initiative, Eskom applauds the Medupi team, this milestone is indeed an epitome of delivery.”

This signatory milestone marks the contractual handover of the unit from the primary contractors to Eskom, which means that Medupi Unit 5 is now part of the Eskom Generation fleet. 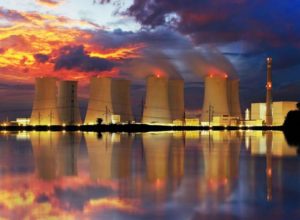