With colder weather conditions expected across South Africa and the demand for electricity is projected to increase.

Eskom has noted that South Africans can make a huge difference by rallying towards the common cause of using electricity efficiently, having the collective potential of reducing demand by up to 500MW and saving the equivalent of 1 unit at a power station.

Last week, the power utility indicated that it now has a better understanding of root causes of breakdowns following work done by its technical review team and has a reliable maintenance plan for its plant, with maintenance being prioritised over this period.

The group chief executive, Phakamani Hadebe, said: “We have done an extensive winter plan and review of our power system and identified the problems.

“While the plan gives us confidence that we may go through winter with no or limited loadshedding, we are mindful of the potential of risks on a very tight power system which may result in shifts on the power system and which could result in loadshedding.”

To this end, Hadebe said the company has mapped out scenarios that show that “we will implement loadshedding in cases where unplanned breakdowns increase to more than 9,500MW, delays in returning units from planned maintenance or in cases of unanticipated disruptive events.”

“The first few days in April have given reassurance of the integrity of our plan as we managed to avoid loadshedding on three days where it was forecasted due to good performance of our plant,” noted Hadebe.

According to him, the power utility managed to go through periods of high demand in the evening peak without using a lot of diesel.

Over the next two months, Eskom expects additional power from generation units that were out for planned maintenance which is currently at about 6,000MW and will ramp down to about 2,000MW towards highest demand period in May.

Two units that were on long-term outages at Kriel and Matla (1,050MW) will also be returned to service.

Kusile 3 is also expected to synchronise to the grid for the first time towards the end of April.

Imports from Mozambique’s Cahora Bassa are expected to be back at full load. 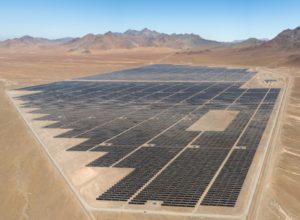 Chilean solar PV plant to be used for ancillary services