Eskom advised that due to an increase in units returning to the grid and due to low demand, loadshedding will not be implemented today [Wednesday].

Can @Eskom_SA continue this trend for the next 3 weeks so that SA citizens don’t have a dark Christmas? Then can Eskom do this again from Jan’19 each day, each month so that business can be assured they can do business? These are the pressing questions! @KhuluPhasiwe #governance https://t.co/7Ls1t4npSv

“We continue to appeal to residents and businesses to use electricity sparingly during this period,” said the power utility in a statement.

According to Eskom, the main reason that led to the implementation of loadshedding has been the deterioration in the company’s plant performance over the past six months resulting in shortage of capacity to meet the demand in electricity.

“In order to match the demand in the country loadshedding has to be implemented to balance what is available and to avoid a total collapse of the power system,” the company explained.

The company’s national spokesperson, Khulu Phasiwe, explained via Twitter that approximately 42% of Eskom’s generated capacity is sold to the country’s municipalities, who in turn resell to their customers-base made up largely of homes, businesses and other institutions.

NOTE TO MUNICIPALITIES: A number of municipal customers are calling us wanting to know why they don’t have electricity when there’s no loadshedding being implemented. This clearly means many munics don’t inform their direct customers when they have localised technical failures.

Phasiwe added that Schedule 4B of the Constitution lists electricity and gas reticulation as a local government responsibility. While Section 153 places the responsibility on municipalities to ensure the provision of services (which includes electricity reticulation) to communities in a sustainable manner as well as promote economic and social development.

As of mid-September, Eskom revealed that it’s coal stockpiles were running low, which is another factor that could be contributing to the planned power outages.

At the time the company said: “Eskom currently has operational capacity but not surplus capacity, however, this is expected to change as new build units come online.”

The company further noted that the rainy season and low coal stock levels exacerbate the risk of security of supply from November.

To address the coal situation, the utility has scheduled a workshop for Thursday, 13 December 2018 – which will take place at it Megawatt Park, in Johannesburg.

Eskom’s coal experts will share the company’s strategy, give industry context, and provide clarity on some misconceptions and answer questions on the matter. 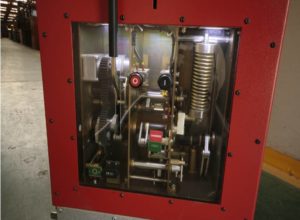