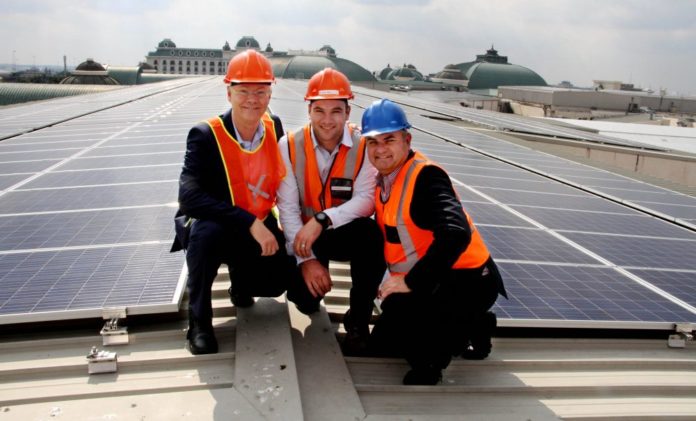 Last week, a select few were given a tour of Johannesburg’s Emperors Palace rooftop solar photovoltaic (PV) system, which according to turnkey energy engineering solution provider and project partner, Terra Firma Solutions, is one of the largest systems for the hospitality and gaming sector in the southern hemisphere.

“The Emperor’s Palace team recognised the opportunity presented to them during the course of last year, of the impact that building a solar PV plant on Emperor’s roof would offer to reduce electricity consumption,” the solutions provider said in a statement.

[quote]The project commenced construction in February of this year and is expected to reach completion and be commissioned in late August 2016.

According to the project partner, the entire system will cover five different roof sections with varying conditions.

“Some of the original building’s roof is more than 40 years old with a variety roof sheeting and orientation compared to some of the newer sections.

“As we finish certain sections, we are turning the plant on to start supplying the site with power.”

Once completed the entire plant is expected to generate 1,930,785kWh’s (1.9MWh) per annum to the site, which is equivalent to over 500 standard family homes’ energy needs in a year. That will equate to approximately ZAR2 million ($127,997) saved every year at the current electricity tariffs.