Emerging markets and leapfrogging into renewables as fossil fuels plateau 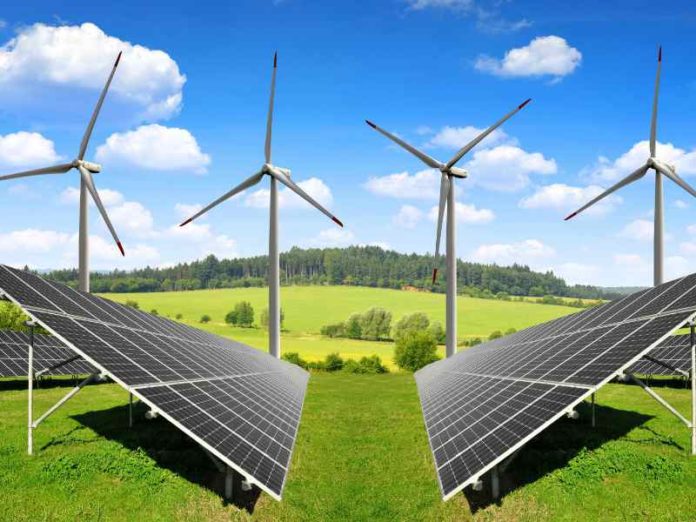 The switch to clean energy will cut costs, create local jobs and save millions of lives states the Reach for the Sun report.

Given renewables are already the cheapest source of new electricity in 90% of the world, emerging markets (non-OECD countries plus Chile, Colombia, Mexico and Costa Rica) have no need to build up huge electricity infrastructure based on fossil fuels.

They are leapfrogging this stage and meeting growth in demand by deploying clean energy systems powered by wind and solar, with huge potential to boost economic development and bring electricity to millions of more people states the report.

Kingsmill Bond, Carbon Tracker energy strategist and report co-author, said: “Emerging markets are about to generate all the growth in their electricity supply from renewables. The move will cut the costs of their fossil fuel imports, create jobs in domestic clean power industries, and save millions of lives lost to fossil fuel pollutants.”

Arunabha Ghosh, CEO of CEEW and report co-author, said: “Around 770 million people still lack access to electricity. They are a small share of forecast growth in electricity demand but the international community has a moral obligation to support universal electricity access as the basis for achieving many other sustainable development goals.”

Reach for the Sun notes that emerging markets are key to the global energy transition, accounting for 88% of all expected growth in electricity demand from 2019-2040.

The transition is different in emerging markets because they have electricity demand growth from a lower base as well as the need to provide access to hundreds of millions of people. Nevertheless, fossil fuel demand for electricity has already peaked or plateaued in 63% of emerging markets ex-China, from Chile to Nicaragua, from Kenya to Thailand.

India, which accounts for 9% of emerging market electricity demand and 20% of expected demand growth, illustrates the speed and scale of change. From less than 20GW of solar in 2010, it has grown to 96GW of solar, wind biomass and small hydro in May 2021. Including large hydropower, renewables now provide 142GW or 37% of the country’s power capacity, and it has a target of 450GW by 2030.

Demand for fossil fuel generation reached a plateau in 2018, and fell in 2019 and 2020. While fossil fuel demand might again increase in the near-term to meet latent electricity demand, India has demonstrated how a double leapfrog — connecting nearly all households to electricity and its renewable energy rollout — can be driven with policy priorities and market design.

Vested interests are the key impediment to change. The report looked at the drivers of change and the barriers to change in the emerging markets and concluded that in most locations, the barriers to change were soluble. It is vested interests in certain exporters and fragile states that are able to hold back change. But these will simply be the laggards of the energy transition.

Overall, 82% of current emerging market electricity demand and 86% of expected demand growth comes from countries that import coal and gas, and they have powerful incentives to switch to solar and wind. With the right policies in place, technology and cost barriers to change can be crossed.

Continuing to build fossil fuel power risks huge losses. China alone could face more than $16 billion in stranded assets by 2030 if coal plants continue to be built without controls [4]. Europe’s electricity sector wrote down $150 billion of losses after fossil fuel demand peaked in 2007.

Have you read?
Emerging and developing nations need help to fund energy transition

Resistance to the energy transition is likely to be more entrenched in coal and gas exporting countries, but they account for just 16% of emerging market electricity demand and 10% of expected demand growth. Some are already changing: demand for fossil fuel generation peaked in South Africa in 2007, and many Gulf nations are showing signs of embracing solar.

It finds that a supportive policy environment is the key to driving growth in renewables. If countries liberalise markets and introduce competitive auctions, they can cut costs and attract international finance as capital markets turn their backs on fossil fuels. Auctions have helped India drive the cost of solar down to one of the world’s lowest levels.

Developed countries can speed up the transition to renewables in emerging markets by providing policy support, technology expertise and by using development finance to reduce the cost of capital. The report says it is in their interests to do so, in order to support global climate targets, and for geopolitical reasons as the US seeks to counter growing Chinese influence.

The report also notes that renewables hold the key to meeting the UN’s goal of giving everyone access to affordable, reliable and sustainable energy by 2030.

Read the full report:  Reach for the Sun: The emerging market electricity leapfrog