With a gross capacity factor topping 60%, Egypt’s Gulf of SUEZ is the first wind farm tendered on a build, own, operate (BOO) scheme.

According to the French firm, the 250MW wind farm will commence construction at the end of 2017 with an expected completion timeline of 24 months.

The farm has secured an off taker under a 20-year Power Purchase Agreement (PPA) with the Egyptian Electricity Transmission Company (EETC).

Bruno Bensasson, CEO of ENGIE Africa commented : “Egypt is a country which expects a strong power demand growth in the next years to accompany its economic and social development.” Read more…

The Gulf of SUEZ has an estimated cost of $400 million, where financing will be provided by the Japanese Bank for International Corporation (JBIC) in coordination with commercial lenders SMBC and Sociéte Générale, ENGIE noted.

The firm added that the Japanese Export Credit Agency, NEXI is providing an insurance cover for the commercial lenders.

Bensasson added: “Gulf of SUEZ is definitely proof that good regulation can bring foreign investment at a competitive price to the benefit of African countries. For our Group it is an opportunity to scale up our presence in a strategic country with a long-term contracted asset guaranteed by the government.”

The project forms part of the Egyptian government’s drive to increase the share of renewables in the energy mix with a target wind generation capacity of 7GW by 2022. 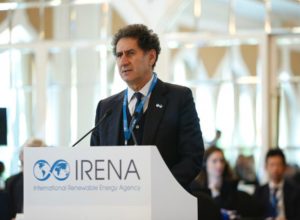