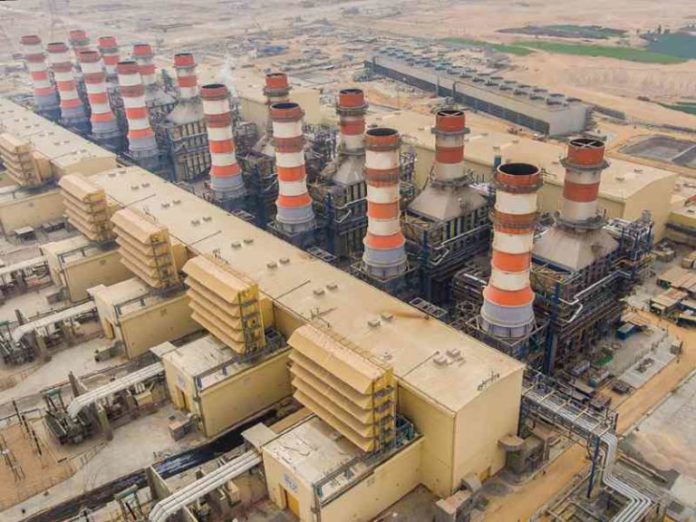 Since 2010, Egypt has experienced frequent, lengthy power cuts and blackouts. At the peak of the country’s electricity crisis, the power shortage was estimated to reach 5 GW, causing many factories to halt operations, seriously affecting the country’s economy.

In October 2018, project consortium partners Siemens, Elsewedy Electric and Orascom Construction officially unveiled one of the largest combined cycle megaprojects in Beni Suef, Egypt. The teams completed three plants totalling 14.4 GW in a record time of 27.5 months. A single combined cycle power plant block with a capacity of 1,200 MW typically takes approximately 30 months for construction. For the Egypt Megaproject, Siemens in parallel built twelve of these blocks in record time and connected them to the grid.

“The record-breaking completion of our Megaproject in Egypt will not only transform the power landscape in Egypt, but will also serve as a blueprint for building up power infrastructure in the Middle East and all over the world,” said Joe Kaeser, President and CEO of Siemens AG.

Confirming the reasoning behind supporting megaprojects in the wake of distributed power and off-grid market growth, Egypt’s minister of electricity and renewable energy, Mohamed Shaker, said: “The completion of the power plants is a significant milestone in the government’s strategy to modernise energy infrastructure in Egypt to drive industrial growth and economic progress. This new power infrastructure will serve as the backbone for economic prosperity in Egypt for years to come.”

The plants, situated in Burullus, New Capital and Beni Suef, use a combination of gas and steam turbines, making it super-efficient. With a total project cost of €6 billion, it includes high voltage transmission lines, substations, and a long-term O&M service contract. According to Sherif Kotb, Siemens’ deputy project director & head of project office, due to the area’s geography building the plants required tremendous logistical coordination.

In August 2019, Siemens announced in a statement that the Egyptian Electricity Transmission Company (EETC) has awarded them a series of five-year grid studies to analyse and examine the country’s transmission network, to identify the feasibility of deploying different advanced energy technologies.

Included in this strategic project, Siemens is mandated to analyse the project’s network interconnection and impact on network operation through the company’s detailed study. In addition, this five-year strategy project aims to link the national grids of both Egypt and Sudan, from Toshka city in Egypt to Dongola in Sudan, via an 800 km, 220 kV transmission line. The study will aim primarily to ensure a high level of stability in the transmission system to reduce any potential grid faults and disturbances in the network.

“The Beni Suef site needed the excavation and removal of1.75 million cubic metres of rocks, equivalent to the volume of the smaller Giza Pyramid,” he said. Due to the sloping terrain on the banks of the Nile River, levelling and back filling the entire site took three months.

For the Egypt Megaproject, Siemens in parallel built 12 of these blocks in record time and connected them to the grid. Each of the three power plants is powered by eight SGT5-8000 H-class gas turbines, four steam turbines, 12 generators, eight Siemens heat recovery steam generators and 12 transformers, plus a 500 kV gas-insulated switchgear.

By July 2018, Siemens had successfully energised six substations that will transmit electricity generated by the new power plants. The company has also provided training to 600 Egyptian engineers and technicians, who will be responsible for operating and maintaining the plants, while helping to expand the skills and knowledge of the local workforce.

Reiterating the importance of this megaproject, Emad Ghaly, CEO of Siemens Egypt, added: “This is a major achievement for our country and our people. I am proud that the Siemens team was selected to contribute to this success. The plants will supply enough electricity for 45 million people and enable Egypt to achieve $1.3 billion in fuel savings on an annual basis.