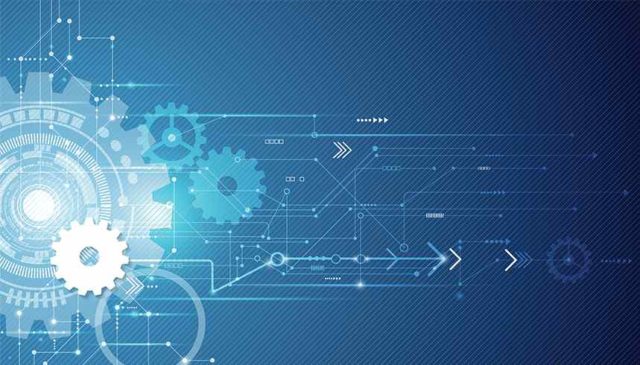 This article originally appeared in Issue 3 2016 of ESI Africa print magazine. The digital version of the full magazine can be read online or downloaded free of charge.

This availability decrease can only partially be attributed to the boiler pressure parts and boiler auxiliaries, like the coal mills and the draught group. Understanding failure root causes is key to improving the availability and performance of these plants. This can be achieved by modelling the boiler using mathematical models (Mass and Energy Balance and Computational Fluid Dynamics models) to predict various operating parameters, for example the effect oflower grade coal on the operation and maintenance of boilers.

In this case study an entire vertical spindle mill was modelled to understand the particle flow, coal drying and classification processes occurring within the mill and classifier. Within the mill, there is a complex interaction between hot air and various coal particle sizes with a high moisture content. Primary and secondary classification of the 2-phase mixture as well as moisture evaporation are modelled.

Several aspects of mill operation and performance were investigated including swirl generation within the mill, particle entrainment, recirculation, the effect of classifier vane adjustment on particle size distribution as well as localised erosion within the mill and classifier.

It is clear from the modelling results that there is a particularly good correlation between the predicted erosion patterns in the mill model and those actually observed on the mill. This enables decisions to be made regarding improvements to the mill and classifier wear life but also guides the designer in modifying the design to suit onerous operating conditions.

Good record keeping of failure statistics enables plant maintenance personnel toidentify the root causes. Plant operating data must be studied to reveal trends in performance indicating which components are subject to operation, close to, or exceeding the design limits.

This information can give early warning of failures about to happen and identify the areas of the plant that are likely to fail. It is imperative that all observations regarding the failure type and location are accurately captured to ensure that the trend data is truly representative of the plant.

Failure root cause analysis is fundamental in distinguishing between the contributory factors and the root causes of failure. A tube leak may have several causes ranging from overheating to erosion, and erosion could be caused by fly ash or sootblower operation.

Careful assessment of the conditions at the time of the failure as well as the failure location are required before samples are taken for metallurgical analysis. The subsequent analysis usually identifies the root causes and may propose corrective action.

Once the root causes have been identified the plant design and operating and maintenance data must be
studied to identify the factors affecting the failure causes. This is done so that changes to either the operating, maintenance procedures or the component design can be undertaken.

Often operating practices are not adjusted to take into account changes in the actual operating environment, like changes in coal quality, operating capacity or even maintenance intervals. For example if the coal ash content doubles from 16.6% to 33% (+100%), the coarse and fly ash yield from the boiler will increase by more than 270%. Due to the higher firing rate required, flue gas velocities within the boiler will increase by 6% and the erosion rate by 21%. So as coal quality changes, operating procedures should change to take account of the increased ash removal rate required.

In this case an existing boiler was operating on coal with a higher ash content that the original design and the installation of wear screens preventing localised erosion of superheater tube bundles was investigated using modelling. Input data from the boiler OEM drawings and flue gas flow rates,composition and temperatures obtained from the thermal model for the low grade coal 100% load condition, was used as initial data to the CFD model.

The results show the locations and relative erosion rates in the superheater tube bundles. Several erosion prevention screen designs were investigated before an optimum design was selected. Once installed the behavior of the screens is verified in a cold air test on the boiler using smoke bombs to aid visualisation of the flow patterns.

In the example above, with an increase in coal ash content, maintenance procedures should change due to the significant increase in wear rates. Maintenance frequency should increase and an increased maintenance scope should be planned to replace a larger quantity of eroded tubing. CFD models
provide detailed information about localised erosion rates in order to prepare for tube replacement in high erosion areas only.

This case study shows the heat treatment procedure on a replacement pressure part component. The
spherical header is located on the main steam piping between the boiler and turbine and is subject to operating conditions of 17.5MPa and 540oC.

The heat treatment procedure had to be verified using CFD to prove that certain surface hardness
requirements could be met. Heat treatment takes place in a large oven in the workshop and consists of a soaking period of several hours at a temperature of 950oC followed by removal of the furnace hood and either natural convection cooling or forced convection cooling using several fans.

Assessing failure statistics can help to determine the areas of failure and the root causes. Mathematical modelling, particularly thermal balance models and CFD models, allow a detailed study and understanding of the root cause and mechanisms of damage caused.

The above mentioned case studies, illustrate three unique applications of how CFD models can be applied to bring engineering intelligence to maintenance.

This article originally appeared in Issue 3 2016 of ESI Africa print magazine. The digital version of the full magazine can be read online or downloaded free of charge. 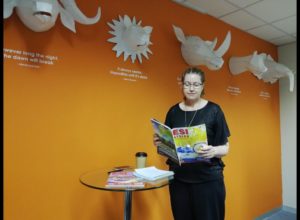