Industries around the world are investing in alternatives such as gas-generated energy to supplement their electricity supply to ensure they can continue operations when the national grid fails.

West African cement manufacturer SOCOCIM Industries produces more than three million tonnes of cement in a year, supplying not only its home base of Senegal but much of West Africa.

While the manufacturer relies on the Senegalese national grid, it has also invested in its own power station, to ensure reliable autonomous power.

According to Mourtada Diallo, the director of power plants at SOCOCIM Industries, they needed to augment their existing energy sources to ensure business continuity and drive efficiencies.

“Energy accounts for more than 50 per cent of the cost of manufacturing cement,” explained Diallo. “In the past, we relied on diesel generators and the country’s energy grid for electricity supply. That meant that if the grid went down, our manufacturing would be interrupted.”

SOCOCIM requires 50MW of power for the plant to operate and the company uses three different sources of energy, namely a diesel power generation plant, the country’s grid, and the gas-generated power from Aggreko.

Initially Aggreko started with a 12MW gas power station, implemented as a turn-key project. Later an extra 17MW was added.

“When there was enough exploitable gas, we generated 27MW of power through Aggreko. However, due to the depletion of onshore gas wells, this has dropped to 9MW – a shift that shows Aggreko’s flexibility in adapting the technology and production of energy to the quantity of gas available,” said Diallo.

SOCOCIM is also investing in gas exploration initiatives to increase the amount of available gas. “We are working on increasing gas reserves in the future. As more gas rises, we will increase our power generation with Aggreko, because we know that we can cut the cost of energy-generation by roughly 21 per cent by using gas.”

Diallo explained that Aggreko Africa’s solution gives them energy reliability, drives down costs and improves business continuity: “We needed to improve our efficiency. We partnered with Aggreko in 2008 to achieve this and, with this new contract, we will have close to 20 years of collaboration with them.

“As more gas becomes available, we hope to generate even more energy using this cost-effective method. Our goal is to eventually become self-sustainable in energy generation and go completely off-grid.” 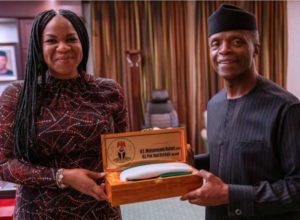