Eskom announced that since its return to service following a 75-day outage to repair major design defects, Medupi’s Unit 3 has reached the full generation capacity of 793MW.

Eskom commends its Guardians and Contractors, who worked tirelessly during the COVID-19 nationwide lockdown to execute the outage as planned.

He added: “This critical achievement is laudable as its success is dependent on different role players doing their bit to bring workable solutions.”

The major focus of the outage was to implement the technically agreed solutions for the boiler issues that hobbled the performance of the unit; these being the boiler plant modifications of the re-heater spray flow, pulse jet fabric filter plant, gas air heater, milling plant, duct erosion, and dust arrestors.

The Unit is currently undergoing optimisation and performance testing prior to conducting the boiler performance verification tests, which require inspections and equipment tests to be conducted after 2,500 hours of operation in order to verify the success of the modifications.

Eskom is currently implementing similar modifications for which the level of confidence of success is high on Unit 6, which is on an outage, after which we will move to Unit 1, starting mid-May 2020. 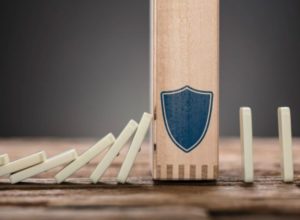