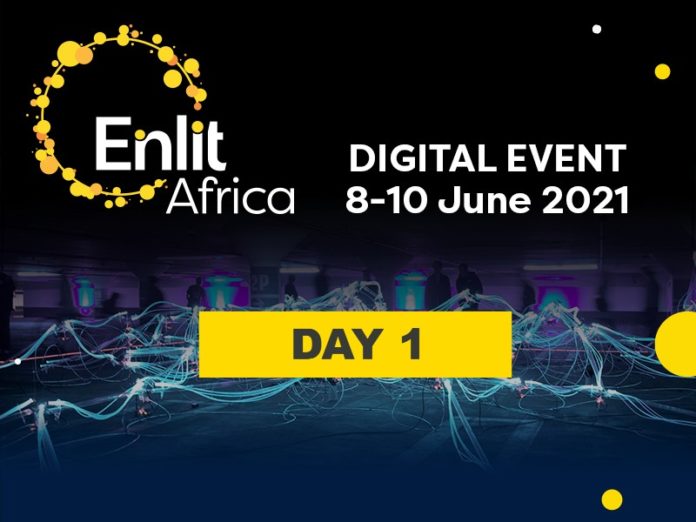 Enlit Africa digital event kicked off with a Siemens sponsored keynote address that addressed this year’s content theme, the 5Ds of the energy transition. Day one was all about the strategic and financial strategies Africa needs to use to make the energy transition a reality for all.

Review the Agenda below
Login and Register for Sessions

Department of Mineral Resources and Energy director-general Advocate Thabo Mokoena stepped in for Minister Gwede Mantashe who was meant to deliver the live opening keynote address. Speaking on behalf of the Minister, Mokoena pointed out it is critical for South Africa to understand the trade-off between investment in future generation needs and the eventual closure of some coal stations by 2040, which is driven by carbon emission targets.

He also recognised that evolving a just energy transition will require an emphasis on policy enablers inside the country and critical technical support from outside the country.

2. Africa plays a key role in the global race to net zero

International Energy Agency (IEA) deputy executive director Mary Worlick said South Africa and Africa are central to the world’s energy future, with the continent seen as a significant driver of energy demand over the next decade. The IEA is thus increasingly engaging with the continent.  “There is a huge gap between reality and rhetoric,” said Worlick who pointed out that to reach net zero by 2050, the world must not only increase renewable energy generation but decrease its reliance on fossil fuels.

3. Transition is not only fossil fuel disinvestment

Max Jarret, the African programme manager for IEA, pointed out their roadmap to net-zero provides for pathways to be tailored to individual countries and it isn’t just about fossil fuel disinvestment: “How we use energy going forward, that is important.”

“The business model is there, the only thing we need is more funding and more people to make it scale up faster,” Gillian-Alexander Huart of ENGIE Impact said, talking about how the different interventions around funding the energy transition are giving people all-important first-time access to energy.

Mike Bess, Niras Limited, speaking on commercial applications for biogas in Africa explained the economics of a business is often the hardest to sort out, especially when you have to keep your capital expenditure as low as possible. “This is difficult in bio-energy, but the risk on the operating cost can be minimised if you lock in your feedstock. If you have your own, it’s locked in, or use the model like in Nigeria where they lock in the suppliers.”

Sessions throughout the three-day Enlit Africa digital event will touch on all, one or a combination of the 5Ds identified as key to Africa’s transition to green, sustainable energy systems. Decarbonisation, digitalisation, democratisation, deregulation and decentralisation and how these strategies affect all who work in the energy sector will be unpacked, discussed and debated across all sessions.

A panel discussion on the first day featured speakers from the International Energy Agency, the Association of Power Utilities of Africa and Siemens who delved specifically into Tackling the 5Ds of the energy transition – a global initiative… with a local flavour.

The discussion on Accelerating South Africa’s energy transition with gas power and renewables looked into the country-specific, nitty-gritty of what it will take to transition away from fossil fuels. GE launched their gas power whitepaper during this session, highlighting how the strategic deployment of gas power and renewables is critical to creating sustainable energy access at the same time as reducing carbon emissions. The whitepaper also discusses the role gas can play in South Africa’s coal plant repurposing programme.

All players in the energy field, from utility to power developer will tell you the financing of any project is key to getting it started, never mind bringing it to fruition. To that end Financing the Africa energy transition unpacked financing issues in a panel discussion featuring speakers from the World Bank, Shell Foundation and Eskom, among others.

Keep an eye out for the on-demand recording of an interview about Burundi’s first successful solar IPP project as well as the discussion on the role of biogas for commercial operations.

Engineering consultancy ESB International brought to bear some of the strategic lessons they have learned in their home base of Ireland in a session on Preparing your utility transformation roadmap, which will be of use to utilities and energy planners in governments throughout Africa.

The training session, Design Principles of Utility-Connected PV systems looked at the technical side of concepts of good design and how they are applied in practice when utilities deal with the largest and fastest-growing market sector in power today.

Enlit Africa, formerly African Utility Week and POWERGEN Africa, invites you to learn, connect and engage with industry leaders and Africa’s power and energy community across our three-day, not-to-be-missed digital event on 8 – 10 June 2021. Register for your front-row seat to highly topical, free CPD accredited webinars, roundtables, tech showcases and the world’s leading suppliers presenting their latest solutions and so much more.