In West Africa, Nigeria’s Dangote Cement has resorted to locally mined coal resources to power its operations due to the ongoing irregular supply of gas.

Speaking at a conference last week, Aliko Dangote, CEO of the Dangote Group, said: “All our cement plants have been converted to coal,” adding that they will require 12,000 metric tonnes of coal per day, Reuters reported.

Noting Dangote as Africa’s biggest cement producer, Reuters reported that the company has an annual production capacity of 43.6 million tonnes and targets output of between 74 million and 77 million tonnes by the end of 2019 and 100 million tonnes of capacity by 2020.

With much needed efforts to ramp up power generation and electricity supply, the Nigerian firm said earlier this year, that they will generate 12,000MW of power by 2018, which will be for sole distribution in Nigeria.

The company CEO said at the time: “We are looking at a situation, [where] by 2020 we are the one selling FX to CBN.

“Our projects are mainly import substitution. We are working to be self-sufficient to grow about a million tonnes of rice over the next five years.”

[quote]The president of the Nigerian multinational industrial conglomerate, said that diversification of the economy should be given priority.

“People sometimes underestimate the economy of Nigeria by simply looking at the FX situation.”

“Lower oil prices does not spell doom. In 1998 oil price fell to $9. Once oil gets back to $80, we forget about diversifying the economy. Now is the time to diversify the economy.” 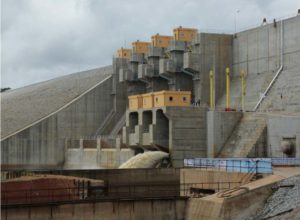