FH2R will operate a 10,000kW class hydrogen production facility that will start operation in 2020, after final tests to verify the technologies. Hydrogen produced at FH2R will be used to power fuel cell vehicles and to support factory operations.

Project Outline
Hydrogen, a concentrated energy source that can be stored for long periods and transported over long distances, has emerged as the fuel-of-choice for fuel cells and fuel cell vehicles. Its other advantages are that it can be generated with renewable energy sources, and when used as a fuel the only by-product is hot water—a cycle that is expected to be completely CO2-free.

Japan’s Ministry of Economy, Trade and Industry is promoting adoption of hydrogen. Its guiding policy statement, ‘Basic Hydrogen Strategy,’ targets to industrialise the Power to Gas technology for storing surplus renewable energy. The Power-to-gas utilising hydrogen requires not only the grid balancing function to make the maximum use of fluctuating renewable energy, but also the optimal system operation function based on the forecasting of hydrogen supply and demand.

Toshiba ESS, Tohoku Electric Power Co. and Iwatani Corporation, with the support of NEDO, are undertaking research to promote greater use of renewable energy in the electricity grid, as a means to balance supply and demand and process load management, and aim to realise a new control system that optimises hydrogen production and supply with demand. 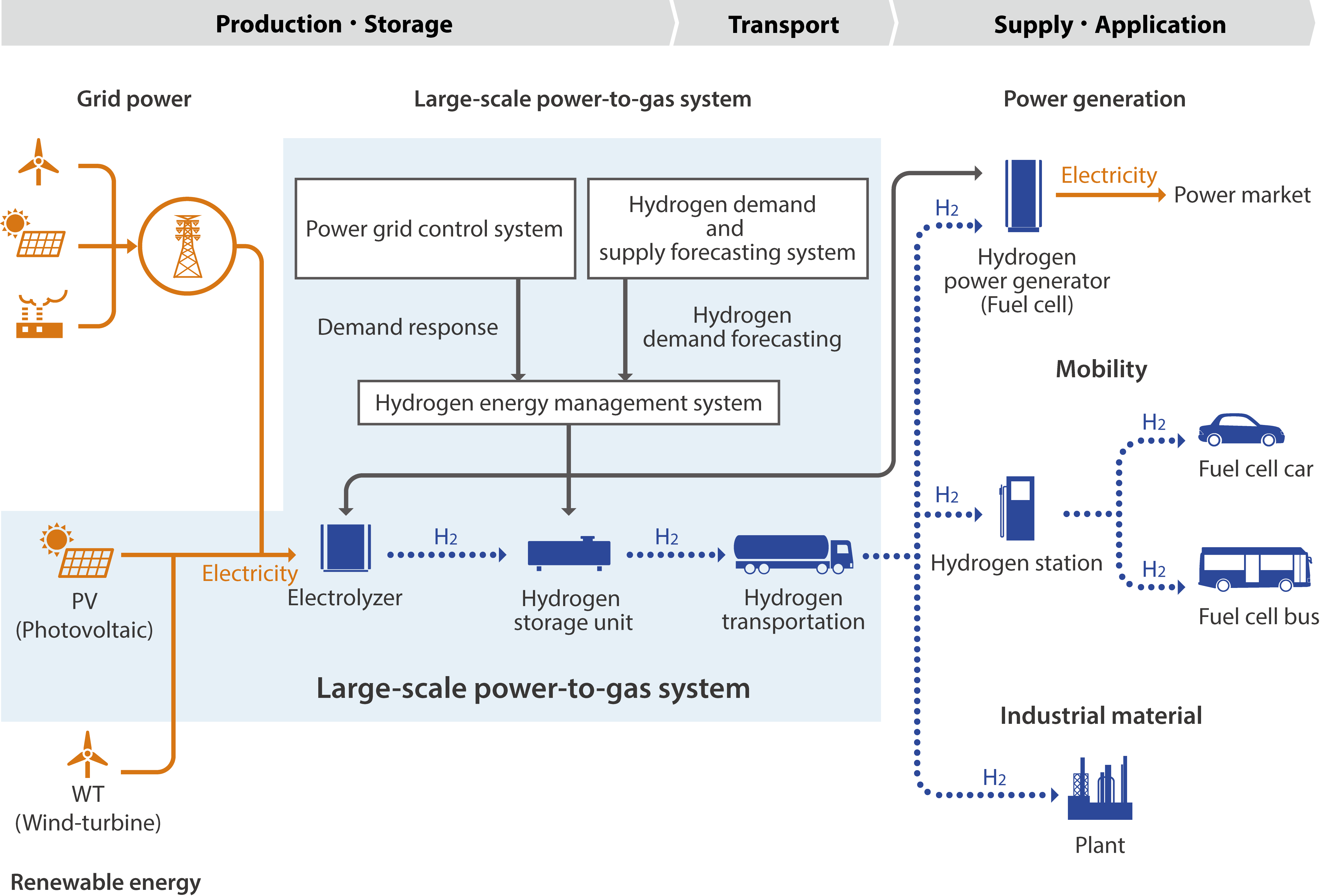 FH2R will produce and store up to 900 tons of hydrogen a year, using renewable energy. It will use a new control system to coordinate overall operation of the hydrogen energy system, the power grid control system, and the hydrogen demand forecast system, so as to optimise hydrogen production, hydrogen electricity generation and hydrogen gas supply.

The system will use hydrogen to offset grid loads, and deliver hydrogen to locations in Tohoku and beyond, and will seek to demonstrate the advantages of hydrogen as a solution in grid balancing and as a hydrogen gas supply. Hydrogen will be transported in compressed hydrogen trailers and be supplied to users.

The roles of each company

Ethiopia moves ahead with GERD despite Egypt concerns