“South Africa needs to look at ways to diversify its power-generating capacity. Nationally, coal is our main source of energy with a 42,000MW generating capacity and we have always been heavily dependent on coal. At present, with the growing demand, we have reached a point where other methods of power need to be seriously considered and implemented,” says Fitzsimons.

“Throughout the world, the electricity sector is undergoing major transformation. As policymakers acknowledge that the largest fuel source for the electricity sector has been fossil fuels, we [South Africa] are all now looking at alternative energy solutions to support the country’s journey to a low carbon future,” highlights Govender.

In August, the Koeberg nuclear power station closed down its unit 2, which was  scheduled refuelling and maintenance, for three months. With unit 2 offiline, the country faces a further energy shortage, highlighting the urgency of suitable long-term energy solutions.

News24wire reported that wind power contributed 740MW of electricity to the grid, furthermore, a recent report by the Centre of Scientific and Industrial Research (CSIR) showed that sun and wind renewable energy projects created ZAR800 million ($58,533,562) in net savings in 2014, compared to the cost of unserved demand or expensive energy sources, such as diesel, making it a cost effective source of electricity in the South African context.

When looking to solar power as a sustainable alternative energy source, “South Africa has some of the world’s largest photovoltaic power stations moving towards full operation,” states Fitzsimons.

Harnessing the readily available resource, with its decentralisation of power; solar energy can help build local socio-economic infrastructure and services through employing local labour to build and maintain the solar plants.

Additionally, South Africa’s nuclear plan is at an “advanced stage” and the procurement process should be completed by March 2016, said President Jacob Zuma.

However, it is being hailed as the most expensive procurement in South Africa’s history, the proposed construction of six nuclear power plants by 2030 could cost the country millions, and the cost effectiveness of nuclear energy needs to be confirmed.

These alternative renewable energy initiatives all aim to assist in lowering South Africa’s carbon emissions, which are relatively high, ranking the country as the 14th highest emitter of greenhouse gases, reports the South African Yearbook.

“As a signatory to the Kyoto Protocol, the time is optimum in which we need to execute other renewable energy sources,” commented Govender.

“The reality is, if a long term energy programme is not agreed to soon, South Africans may face continued rotational load reduction, which will in turn constrain our economic growth.

“We need to be proactive and at least start to implement solutions for the future of our country,” concludes Fitzsimons. 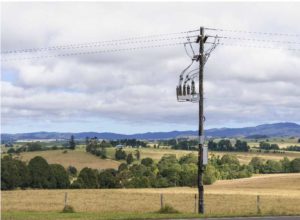