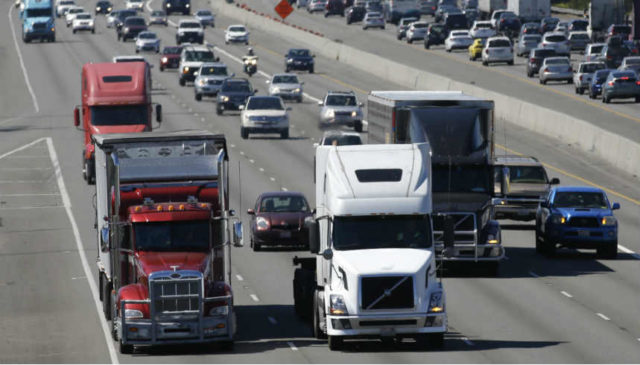 The coal truck industry in South Africa protests against the government’s decision to invest in IPP renewable energy in fear of how this will affect their employment.

On Wednesday morning, traffic came to a standstill in Pretoria, South Africa when contracted coal truck transporters were moving at a snail’s pace in efforts to get a reaction from government regarding Eskom’s intention to use more renewable energy.

More than 100 coal truck drivers blocked several roads around the capital in protest against the government’s decision to invest in renewable energy, Anadolu Agency reported.

One of the drivers, Ntatee James, said: “We are against the use of independent power producers (IPPs) supplying Eskom with renewable energy because it will cost hundreds of our [coal truck transportation] jobs.”

Minister in the presidency responsible for planning, monitoring and evaluation, Jeff Radebe, responded: “Government notes the concerns of contracted coal transporters regarding the impact that renewable energy projects may have on the supply of coal to Eskom, which may affect jobs in their industry.”

Radebe continued: “Government is open to constructive engagement with the legitimate leaders of the coal trucking industry to address issues.”

“The system relies on a combination of base load (coal and nuclear) and intermittent supply of electricity (renewables and gas).

“It is clear from the draft 2016 Integrated Resource Plan (IRP) that South Africa will continue to deploy coal electricity in the energy mix,” Radebe noted.

“Government is committed to the overall [Renewable Energy] Independent Power Producers [Procurement] Programme and we are expanding the programme to other sources of energy including coal and gas, in addition to renewable energy,” he said.

The President also highlighted that renewable energy forms an important part of the country’s energy mix,  gas, nuclear and coal are just as important to ensure energy security.