Japan and China are becoming the drivers of new coal-fired capacity worldwide, even as the US and Europe continue their move away from the power generation resource, according to a report by various environmental advocacy groups.

Globally, new capacity additions in the coal fleet rose 34.1GW last year, the most since 2015, according to “Boom and Bust 2020: Tracking the Global Coal Plant Pipeline.”

The report is a joint effort by the Sierra Club, Global Energy Monitor, Greenpeace and the Centre for Energy and Clean Air.

The groups bemoan the growth of coal-fired power in Asia but the authors noted that the decline accelerated in the US and other developed nations in this last decade.

Indeed, US utilities retired 16.5GW in coal-fired capacity in 2019, the second-highest number on record. Perhaps surprising, coal-fired retirements during the coal-friendly Trump era outpace those during Obama’s two terms in office, with the former averaging 13.7GW per year and an average of about 6.2GW annually in Obama’s era, according to the report.

Coal accounts for a significant percentage in the energy mix

Despite those facts and that no new plant above 50MW has been built since 2015, coal still accounts for more than 25% of the US power generation capacity mix.

Of course, economics may push its actual contribution to the mix down somewhat, as it competes with historically cheap natural gas and falling prices in renewables such as wind and solar.

Coal is booming in Asia. Nearly two-thirds of the 68.3GW in newly commission plant capacity was in China.

Japan, meanwhile, is the top coal-powered nation among the most developed economies, with nearly 12GW under development domestically.

Japanese public finance is also funding 24.7 of coal power outside the island nation’s borders, according to the environmentalist report.

Most international financial groups publicly have announced moves away from coal, although many banks globally are still financing projects.

Overall, the global coal-powered fleet fell 3% in 2019 compared to the previous year, with the highest drop in the European Union (minus 24%), the US (-16%) and even a three-per cent drop in relatively coal-friendly and electricity-deficient India.

The global utilisation rate of coal-fired power dropped to a record low of 51%, according to Boom and Bust’s statistics incorporating numerous reports. 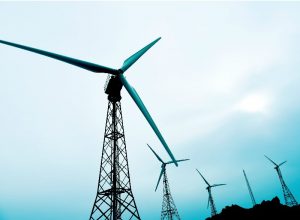