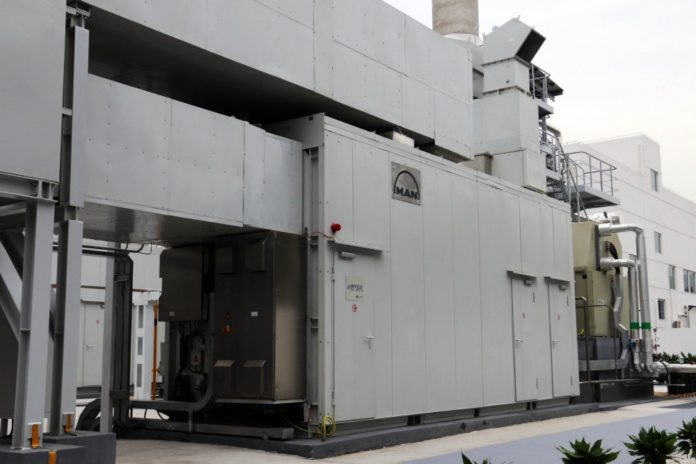 Speaking at the launch ceremony, president and CEO of Volkswagen Group China, professor Jochen Heizmann said, “The inauguration of this combined heat and power system is a landmark for our car production in China. The new plant not only provides steam and electricity for our Car Plant 3 here at SAIC Volkswagen, it also means we no longer use coal boilers so CO2 emissions will be reduced by 59,000 tonnes each year.”

In addition, the new CHP plant is said to fulfil China’s objective of reducing carbon emissions by producing electricity to cover 100% of the annual demand in Car Plant 3 and the neighbouring gearbox plant in Anting, thereby reducing CO2 emissions by approximately 23%.

“Today, we have inaugurated a gas-fired power plant that covers almost 25% of the energy needs of one of the biggest car production sites in the country, which is low in greenhouse gas emissions and utilises more than 80% of the invested fuel energy.

“Diesel & Turbo and the Chinese industry look back at a decades-long tradition of partnership in many technological fields. Now that the Chinese government has set ambitious goals to reduce the country’s carbon footprint, our gas turbines and engine technology can help to reach these goals and reduce CO2 emissions,” he said.

According to the National Energy Administration, the gas supply in China is expected to reach 400 billion cubic metres in 2020, and natural gas will increase to represent 10% of primary energy consumption.

Natural gas as a clean, efficient energy source is receiving increasing attention from the government and will gradually become one of the backbones of China’s energy supply, the statement said.