The Central Energy Fund (CEF) Board has given the go-ahead to start a process to consolidate its three subsidiaries, PetroSA, Strategic Fuel Fund and Igas, to establish a National Petroleum Company of South Africa.

This policy statement was also endorsed by Cabinet’s approval on 10 June 2020, paving a way to appoint a professional restructuring company specialising in mergers to investigate the most viable model to establish a National Petroleum Company.

The rationalisation of these subsidiaries into a single National Petroleum Company would be on the basis that each company be properly structured so as not to transfer operational and financial inefficiencies into the new entity.

Key features of the rationalisation plan will be anchored on three phases.

As part of improving the operational efficacy within the Group’s value chain and to deliver shareholder value, the rationalisation process would be geared to minimise duplications that inhibit it from being a catalyst to reignite the South African economy and create much-needed jobs.

In the last few years, the Group experienced a turbulent period to deliver on its mandate geared to ignite the economy and create much-needed jobs. A number of strategic initiatives were delayed due to operational inefficiencies that resulted in the Group losing market share and revenue decline.

The implementation of the rationalisation process would amongst other interventions enable the Group to effectively leverage on the combined financial resources and operating assets of the three entities to bring stability and certainty to ensure that the country is ready to achieve a “just and fair” energy transition.

The operationalisation of a commercially viable National Petroleum Company will be a game-changer not only for South Africa but also for the continent as a whole.

This new entity will play a critical role in supporting the government’s broader strategic initiatives as well as fostering regional integration on matters related to oil and gas.

The CEF Group CEO, Dr Ishmael Poolo, said: “South Africa needs a very strong and agile energy company to be able to compete and advance key components of the National Development Plan aimed at creating a capable state as well as supporting the government to address the triple challenge of unemployment, poverty and inequality. Fast-tracking the rationalisation of these three subsidiaries into a National Petroleum Company will position the group to become an integrated and diversified energy company.”

Meanwhile, the Chairperson of CEF Group, Dr Monde Mnyande, said the rationalisation of these three subsidiaries would create a fit for purpose Energy Company to deliver shareholder value poised to guarantee the security of energy supply in the country.

Mnyande added that the CEF Board is committed to working closely with the CEF Group CEO and his management team by providing any requisite support to fast track a process leading to the creation of the National Petroleum Company. 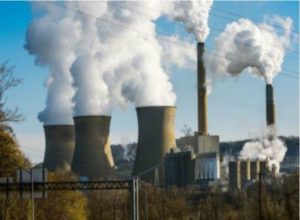