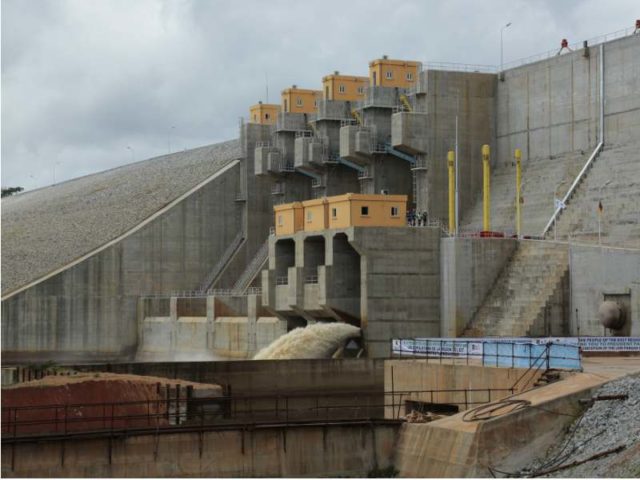 Cameroon has officially launched the construction works for the 30MW Lom-Pangar Hydroelectric Dam project in the Belabo sub-division of the East Region.

The President of the African Development Bank (AfDB), Akinwumi Ayodeji Adesina, was present at the ceremony to lay off the foundation stone, the Cameroon Tribune reported.

Also present at the ceremony was the Minister of Economy, Planning and Regional Development, Louis Paul Motaze, and the Minister of Water Resources and Energy, Basile Atangana Kouna.

In his address, Adesina expressed delight about the project, highlighting it will not only supply electricity to Belabo but the entire East Region.

Media quoted him stating that about 10 million Cameroonians do not have access to electricity, which is a device for industrialisation.

The hydropower project is anticipated to supply electric power to the East Region, currently being supplied by a thermal plant and the power will be transmitted via a 90kV and 105.120km line, media reported.

The $68 million project, predicted for completion within 30 months, is being financed by the AfDB and the Development Bank of Central African States, with the AfDB providing $52 million.

The power generation plant constitutes the second phase of the Lom-Pangar reservoir dam which has a capacity to supply six billion cubic metres of water to the Sanaga for the Songloulou dam.

According to media, Adesina said the continental bank will invest some $12 billion in electricity projects over the next five years in Africa.

The Deputy Mayor of Belabo, Thierry Angelo Mvodjongo, said the laying of foundation stone for the power generation plant which will light up 150 localities is a sign for hope to get out of darkness.