The $5.4 billion project named Base One is aimed to develop a green hydrogen chain in the state of Ceará with a production plant in the Pecém Port Complex on the northeast coast.

The three-year project, a first in Brazil and potentially in Latin America – depending on the pace of similar developments in Chile – is seeking to tap into the considerable interest and economic potential in growing hydrogen into the energy mix across the world.

The Ceará government envisions the state becoming a global supplier of green hydrogen and claims that its export through the Pecém Complex will be the shortest route between South America and Europe and thus the lowest cost.

The Complex is a growing industrial and port facility with an export processing zone and established port infrastructure and partnerships, e.g. with the Port of Rotterdam, which can facilitate the export opportunities.

Have you read?
IRENA partners with Enel Foundation for green hydrogen development

“The green hydrogen produced in the Pecém Complex will be supplied to the whole world, serving the most diverse companies in their respective segments,” promised Danilo Serpa, CEO, at the launch.

“This type of fuel will certainly be the energy of the next generations, in addition it will be important for companies located in the Complex.”

Few details of the hydrogen facility have been released but Enegix says the potential production output is up to 615 million kg annually. An initial 3.4GW of renewable baseload power has been contracted for the production, with the potential to scale to over 100GW in the future.

“Brazil provides a strategic location for our renewable hydrogen production with direct access to all major international markets via ocean freight and a deep sea port,” the company says on its website.

“Our location includes unparalleled opportunity for future green renewable power capacity increases as part of our commitment to secure and transform power into exportable hydrogen.”

Other partners in the project are the Federation of Industries of Ceará (Fiec) and the Federal University of Ceará.

A working group has been formed with representatives from the various partner organisations, which will take forward the project. New investments, new business opportunities and jobs in the region are among the expected outcomes. 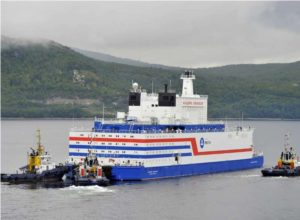