Energy minister Boakye Agyarko, has confirmed that government is facilitating processes for the Asogli thermal plant to receive the first batch of liquefied natural gas (LNG) from Equatorial Guinea to power its plants.

According to Ghana Web, the infrastructure and regasification processes for Ghana to receive the contracted 150 – 200 million cubic feet of gas from Equatorial Guinea should be completed by Q2 of 2018.

Upon conclusion of the arrangements, the Asogli plant is anticipated to scale-up production from about 120MW to a maximum of 580MW of power.

“It means that Asogli, instead of producing about a 120MW of power, can now scale up to a maximum of 580MW of power,” Agyarko stated.

The minister further explained: “It takes a little while to plan the infrastructure but we are looking at first quarter to second quarter of 2018. In the meanwhile, there is a temporary arrangement that is in the pipeline…to bring the Liquefied Natural Gas to support the Asogli plant.”

Agyarko also indicated that “for some time, we relied on Nigeria for the supply of gas from the Nigeria Gas Company, transmitted by the West Africa Gas Pipeline Company. The performance of that arrangement has been very unsatisfactory.”

According to him, the arrangements to deliver the first gas to Asogli fit perfectly into government’s agenda to power all of its thermal plants with gas, media stated.

Asogli thermal plant, located in the Kpone first came online in 2010, then in April last year former President John Mahama inaugurated the first unit of the second phase of the plant. Read more… 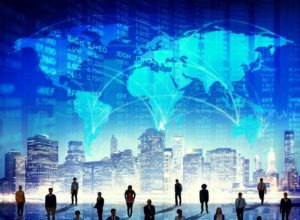 Trading up in Africa!