Strange as it may seem, the tsunami that struck the two Fukushima nuclear power stations demonstrated just how amazingly safe nuclear power is.

The nuclear reactors of today are the safest energy producing devices on the planet and nuclear power, quite deservedly, can be called the safest form of electricity production – let’s explore this concept and what to expect from future designs.

In Japan, the two sites were Fukushima Daini and Fukushima Daiichi meaning Fukushima ‘One’ and ‘Two’. When the infamous earthquake struck, shaking the ground, Daini shut down with no problem. In fact, so did Daiichi. Both power stations did what they were designed to do – shut down when the earth moved. But then nearly an hour later, the tsunami arrived.

Daiichi suffered badly but not Daini, so Daiichi became a worldwide buzzword ‘Fukushima’, while its sister plant Daini is largely unknown. But despite the devastation at ‘Fukushima’ not one single person was killed or harmed by radiation. The incident was a financial disaster for the owners, but not a nuclear disaster. The Fukushima incident nevertheless led to a major nuclear safety review worldwide.

Modern reactors have extensive ‘passive’ safety designed into them. What this means is that the natural laws of physics are used in such a way that if something goes wrong during operation, then the whole plant has a natural tendency to shut itself down, into a safe state. The largest power reactors in the world today are about 1,700MW in output, which is about twice the size of the larger outputs of reactors of a decade or two ago. The larger sizes lead to more cost-effective electricity production.

Modern power stations are typically constructed in half a dozen to 10 years, depending on where they are built, and on who the teams are. Admittedly, there are reactor construction projects running over budget and over time, but these are not typical of nuclear power projects worldwide. Those projects are typically in that situation as result of political and/ or social reasons, not for technology or engineering reasons.

Let us now address the issue of First of a Kind (FOAK). When something like a townhouse complex of 100 units is built, the builders normally build one unit to completion first. With that one they test the design and construction. They check that door hinges are in the correct place, the water and electricity reticulation layout, and so on. From units 2 to 100 they then build faster, using the first unit as a reference.

The same holds true with new nuclear reactor designs, and the same with the first new construction in a new country. In the new country, supply lines and skills bases have to be built up and tested.

The large nuclear power stations of today are designed for a lifetime of 80 years, about double that of those of the past. The nuclear power station Koeberg, near Cape Town, is now delivering South Africa’s cheapest electricity and there are many years of life left in the plant. Big nuclear is alive and well and highly profitable and very cost-effective when viewed for its technology life-cycle.

Large reactors, by their very nature, are centralised large systems. As a result, countries such as South Africa realised that due to the large distances to smaller towns, mining centres, and remote industrial centres, it would be a good idea to move nuclear power generation closer to them. Unlike coal, nuclear power is not geographically bound to its fuel source.

Large coal power stations have to be built close to the coal mines, but since nuclear fuel is so small in volume, transporting it anywhere is not a great problem. The concept of Small Modular Reactors came about. These reactors are in the size range around 100 to 200MW output. The ‘modular’ comes into the name because one can build more than one attached to one control room, so to speak, much like a long railway train, which can have half a dozen locomotives, but only one driver.

South Africa was one of the earliest pioneers in this regard, with the development of the Pebble Bed Modular Reactor concept (PBMR). The fuel, which was developed at Necsa near Pretoria, is graphite spheres, each about the size of a cricket ball and each containing nine grams of uranium. This PBMR fuel is robust and not prone to damage during transport.

A great advantage of the PBMR and similar reactor types is that such systems do not need water in the core, or water for plant cooling. The reactor uses helium gas for cooling so it need not be built near a large body of water, it can be built anywhere. Other SMR types are currently being proposed and developed.

The idea is catching on fast. Some designs do not have gas cooling but rather liquid metal cooling. A low melting-point metal, like sodium, is used as the coolant. Others use a liquid salt. One version has the uranium fuel as part of the liquid salt, so the fuel flows, so to speak.

Small reactors can also be used in applications other than electricity production. For example, in South Africa, delivering the heat directly to customers was investigated. Very hot gas, at around 700 to 800oC, can be routed via pipes directly to industrial areas, just like flammable gas reticulation. Heat is extracted to melt or form industrial products, while the gas is returned to the reactor in a closed loop.

Potential uses for innovative small reactors are emerging all over. However, we can think even smaller, to figures of power output like 20MW or even down to kilowatts. This band is known as micro reactors. The UK has made money available to examine the development of small fission reactors of about 10MW, which they have in mind to be developed for small Canadian towns in the remote far northern icy regions.

Essentially micro reactors fall into two categories; small fission reactors and those that use the decay heat of radioactive substances directly. These are known as Radioisotope Thermoelectric Generators. Russia has launched about 40 RTG systems into space on spacecraft and their TOPAZ-II range of nuclear power sources produce about 10kW of power. These are typically used to produce electricity directly for electronic systems, like computers and small electrical devices.

Since decentralised computing power to drive a spectrum of 4IR innovative ideas is rapidly becoming necessary, perhaps small decentralised nuclear electricity power packs is the ideal solution to explore. We can speculate about where micro reactor development will lead us. ESI 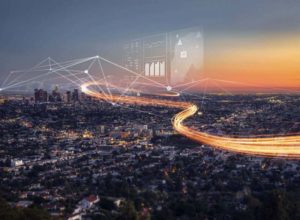