The Africa Development Bank has approved recommendations of the Fourth Monitoring Report of the Independent Review Mechanism (IRM) on the implementation of the Updated Management Action Plan for Medupi Power Project.

The IRM monitoring report indicates that Eskom has applied a high degree of professionalism in the construction and operation of Medupi, particularly focusing on safety and security and monitoring the project’s emissions and water discharge.

AfDB management has continued to carry out semi-annual supervision missions as well as to report on progress related to the implementation of the Updated Action Plan, originally approved in 2013.

However, the report noted three critical outstanding and interlinked issues require further attention by Eskom to ensure Medupi complies with the relevant AfDB policies and procedures. These are:

On 25 November 2009, the AfDB had approved a loan not exceeding €930 million ($1.063 billion) for the supply and installation of six boilers and turbo-generators in the project, co-financed by the World Bank.

At the time of the AfDB Board’s approval, the total project cost was estimated at €11.2 billion ($12.8 billion).

A complaint about the project was registered in October of the next year, with complainants requesting investigations into plausible violations of a wide range of AfDB policies related to the project’s potential negative impact.

These violations include climate change issues, environmental impacts on the air, water and land quality around the project, and inadequate public consultations with affected people and communities.

The utility contributes about 77% of the total installed power capacity in the Southern African Power Pool (SAPP).

Eskom is central to the realisation of the AfDB’s New Deal on Energy for Africa strategy, the ongoing financial, technical and capacity support for the utility company aligns with the Bank’s High 5 priorities.

The Fourth Monitoring Report of the Independent Review Mechanism is available online. 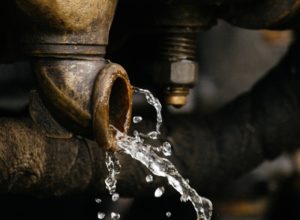