Zimbabwean-based Independent Power Producers (IPPs) have requested that the Zimbabwe Energy Regulatory Authority (ZERA) award them independent licenses to produce their own energy.

According to the Herald, the energy regulatory authority revealed this in notices this week.

Gombe Power Solutions has the biggest proposal as it plans to invest in a 100MW solar PV plant in Mashonaland West province.

“The works will also entail the construction of a 20km 132kV line from the solar plant to the existing Zimbabwe Electricity and Transmission and Distribution Company (ZETDC) Selous 330 /132kV substation and installation of related ancillary equipment,” said ZERA.

Three years ago, an official from ZERA revealed that government had to resort to drafting a policy aimed at ensuring that IPP license holders implement approved projects.

At that time ZERA stated that IPPs are not progressing with power generation, despite some being awarded licenses more than 10 years ago.

If implemented, Zimbabwe’s power deficit gap could be reduced significantly. 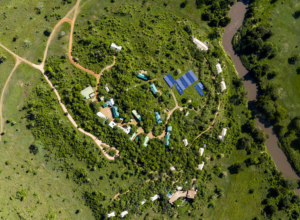 FINANCE: “Increasing the availability of renewables to the common business operator”