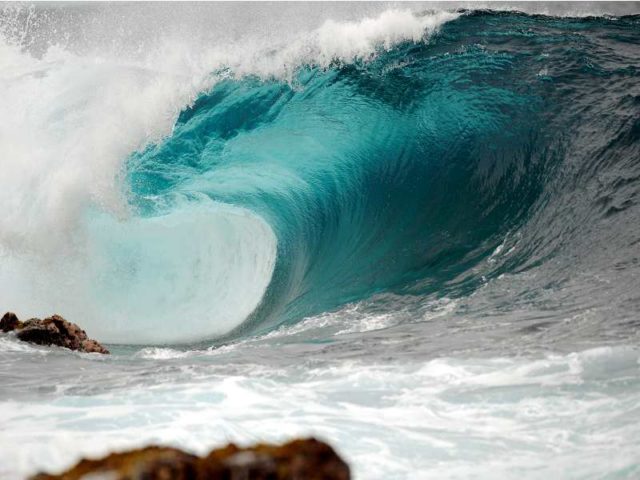 The abundance of ocean surface makes wave and tidal energy an infinite source of clean energy. Countries across the globe have made bold declarations of their intentions to deep dive into harnessing this energy source.

Ocean Energy Systems (OES) is predicting steady advances in ocean energy in 2020, driven by public and private sector funding. OES was launched in 2001 as a technology collaboration programme of the International Energy Agency. In November 2019, Henry Jeffrey, the organisation’s chairman, said: “In the last 12 months we have seen major progress with global tidal projects achieving extensive operating hours and wave technology progressing in a large-scale laboratory and offshore test sites.”

He added: “A growing range of devices is now being tested in open water with an acceleration of cross-border R&D projects supported by the European Commission.” Several countries including Canada, UK, France, Ireland, the US, and various countries in Asia and South America are establishing supportive policies and investing in the sector for both clean energy and economic reasons. In this article, we draw attention to advances achieved and those that are in progress in Europe, North America and Asia.

A game-changer for the European tidal energy sector

The Interreg France (Channel) England Programme (Interreg FCE) approved the biggest ever project in its fold. The Tidal Stream Industry Energiser Project, known as TIGER, is an ambitious €46.8 million ($52 million) project, of which 69% or €28 million ($30 million) comes from the European Regional Development Fund via Interreg FCE. TIGER falls within the funding category for low carbon technologies of the programme, whose managing authority is the Norfolk County Council and which co-funds collaborative projects between organisations in the south of the UK and north of France.

The project aims to drive the growth of tidal stream energy by installing up to 8MW of new tidal capacity at sites in and around the Channel region thus driving innovation and the development of new products and services. Essentially, turbines submerged off the coast will harness the energy of tidal currents that will be converted into electricity. TIGER will make a stronger, more cost-effective case for the tidal stream to become part of the energy mix in the UK and France by harnessing economies of scale via volume manufacturing and multi-device deployments. Coastal communities used as ports of deployment will benefit from knock-on investment and job creation.

Led by the UK’s Offshore Renewable Energy (ORE) Catapult, from its office in Hayle, Cornwall, TIGER comprises 19 partners from across the UK and France spanning turbine developers, ocean energy demonstration sites, and research organisations, along with local and regional authorities. “This is a hugely ambitious project that will demonstrate the benefits of harnessing tidal energy on a large scale. The long-term aim is to support the industry to reduce generating costs of tidal stream energy from the existing €300MW/h to €150MW/h by 2025 and increase uptake.

There is an EU target to reach €100/MWh by 2030,” said Carolyn Reid, the programme manager for Interreg FCE. According to Reid, TIGER is a shining example of how European funding has enabled collaboration between organisations in the UK and France that may otherwise never have happened. This initiative could have a massive impact on reducing the carbon footprint beyond the lifetime of the project, and the Channel area.

Research by Marine Renewables Canada states that the country has an estimated 35,700MW of tidal energy potential, enough clean power to displace over 113 million tonnes of CO2 (equal to removing over 24 million cars off the road). Marine renewable energy projects in Canada range in technology and scope, such as the Fundy Ocean Research Centre for Energy (FORCE), which has built onshore and offshore electrical facilities and subsea sensor platforms to support technology demonstration and research.

In addition to the ongoing growth of this industry, two tidal energy companies are joining forces to develop technology that will harness the Bay of Fundy’s powerful tides. The companies, Sustainable Marine Energy and Minas Tidal, will use a technique that includes turbines on a floating platform – instead of on the ocean floor – with the hope of eventually delivering 9MW of tidal energy to Nova Scotia’s electricity grid.

“When you look at the economics of trying to get these fi rst demonstration projects underway, it makes a lot more sense to work as a team to address these challenges and get something in the water,” said Jason Hayman, managing director of Sustainable Marine Energy – whose company was given a tidal licence for the Bay of Fundy in July 2019. The licence allows them to sell electricity to Nova Scotia Power at 53 cents/kWh.

The explosion of tidal stream energy in China

According to a research paper, Tidal Stream Energy in China, several demonstration projects are on the cards. Notable milestones include two tidal stream devices that were installed in parallel with the Daishan Wind Farm project in 2011. The two devices are horizontal-axis turbines with the rated power of 60kW and 100kW. In another project, two tidal stream energy converters are installed with the Pingtan Daliandao Wind Farm project. The methods are horizontal-axis turbines with a rated power of 100kW.

While these two cases are stand-alone projects, the national tidal stream energy test centre is also on its predestined path, at the stage of preliminary design and investment. The site was selected between Putou Island and Hulu Island of Zhengjiang province. The water depth of this tidal channel is around 30~70 metres. The installed capacity will be more than 1MW from an array of tidal stream turbines. With these achievements, the research paper stresses that the present status of tidal stream energy is still far off from extracting on a large scale. The paper recommends that R&D on tidal energy is urgently needed in terms of:

• Assessment of the tidal energy should be updated. The previous evaluation missed some of the ideal locations, such as Zhaitang Island. The renewed assessment of the national tidal stream energy resource should cover all the coastal and remote bays, channels and islands using the more accurate assessing methodology.

• Novel tidal current turbines should be developed. Since the prototype turbine was tested in 2002, the rated power of the devices is of the order of 100kW, which is far from ideal for commercial use.

• Support from the government should be emphasised regarding the funding, policy and regulations. Tidal stream energy is presently in its infancy. It is not economically competitive with traditional fossil fuel but in its favour are features such as high power density, predictability, and abundant energy in potential.

Meanwhile, analysis led by the UK’s ORE Catapult illustrates that cost reduction for in-stream tidal energy will be realised through increased deployment as suppliers and developers overcome earlier design and operational challenges as well as incremental innovation and continuous learning. The tide is turning on the ocean’s energy potential, which will undoubtedly play a significant role in future energy consumption. ESI

• 2018 State of the Sector Report – Marine Renewable Energy in Canada 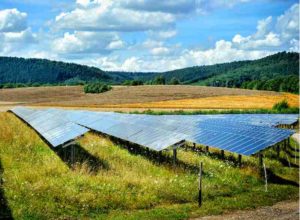 Sahel countries confirm commitment to the Desert to Power initiative