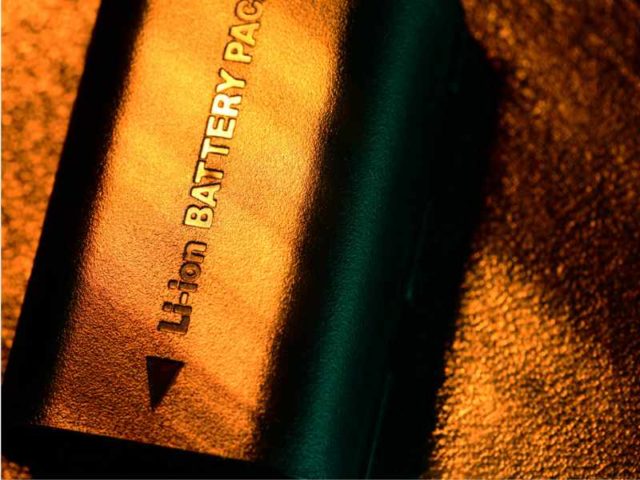 Serious efforts around the world are now focused on another transformation related to the enabling power of portable energy, writes Jason R. Croy and Christopher M. Claxton, Argonne National Laboratory, US.


This article first appeared in ESI-Africa Edition 1, 2019. You can read the magazine’s articles here or subscribe here to receive a print copy.

A revolution in transportation is underway predicated on the undeniable success of the Li-ion battery. With seemingly little in the way of its progress, the Li-ion industry is projected to surpass $90 billion by 2025, driven in large part by the transportation sector. Clearly, economic opportunities in the battery space exist and inexpensive electric vehicles have been identified as a significant opportunity for developing economies. The chemistry and materials of Liion batteries rely on elements such as nickel, cobalt, manganese, iron, lithium, carbon, copper, aluminum, fluorine, and titanium. Of particular economic significance is the cathode, which can constitute a large fraction of the overall cost. Today, state-of-the-art cathodes consist mainly of nickel, manganese, and cobalt and have the general formula Li1+xNiaMnbCocO2. They are commonly referred to as NMC-abc to denote the ratio of metals. For example, the most successful NMC composition to date is roughly equal parts Ni, Mn, and Co and is known as NMC-111. Subsequently, a trend towards higher Ni contents has ensued and current roadmaps of most cell manufacturers rely heavily on the successful development of Ni-rich NMCs (Ni >60%).

Ni-rich NMCs offer two main advantages. The first is an increase in volumetric energy, which is important in vehicle applications where space is limited. The second is a decrease in cost with respect to typical NMCs containing 20-30% Co. Co is well known for its volatile price, toxicity, and geopolitical instability. Because of these issues, research efforts are now focused on greatly reducing or eliminating Co from vehicle batteries. However, serious challenges remain with respect to decreasing Co while increasing Ni.

Primarily, as cathode chemistries become richer in Ni their overall stability and safety becomes harder to manage and NMC compositions of >60% Ni have yet to find commercial success. Secondly, in order to synthesize NMC materials, battery grade Ni-sulfides must be used. Although Ni is much less expensive and more abundant than Co, the availability of Ni-sulfides is a concern. It has been reported that less than ~10% of the earth’s Ni supply is currently available as battery-grade Nisulphide.

If the Li-ion market skyrockets as predicted, then materials and cell suppliers of Ni-dependent systems will be faced with the same predicaments associated with Co in terms of supply and demand, and subsequently cost. In order for electric vehicles to make a significant worldwide impact on the vehicle market, emerging economies, and the environment, less expensive, more abundant alternatives will prove critical to success.

Alternatives to Li-ion/NMCs for electric vehicles have been pursued for many years. While several advanced materials are under development, these so-called ‘beyond Li-ion’ technologies are decades from large-scale implementation. In addition, NMCs are being advanced year-by-year, making it harder for new technologies to compete in terms of energy and cost. As such, NMC and its derivatives seem poised to dominate the foreseeable future.

Argonne National Laboratory is the US Department of Energy’s (DOE) flagship institution for research and development of energy storage materials. Many of today’s Li-ion batteries use a type of NMC developed and patented at Argonne. The DOE’s investment in developing these materials played a large role in attracting investment from the private sector and has helped to establish a growing Li-ion industry in the US. The Argonne-NMC is now gaining interest for further development of next-generation Li-ion. In particular, an advanced subset of these cathodes, known as ‘layered-layered-spinel’ (LLS), is showing promise as a Nirich alternative. LLS cathodes have capacities and energies on par with NMC oxides and are synthesized in a similar manner. Of particular significance is their composition, consisting typically of ~50% or more Mn with Ni contents of less than ~35%. Mn has long been studied for battery applications because it is extremely abundant and inexpensive. In addition, it is known to enhance the safety characteristics of cathodes relative to Co and/or Ni-rich chemistries. These attributes make Mnrich cathodes ideal alternatives for lowcost, safe, high-energy batteries.

South Africa has been blessed with many of the elements necessary for the production of Li-ion materials. Of particular significance in this context is Mn. South Africa is the world’s largest producer of Mn with estimated reserves of ~200 million metric tons. Interestingly, with a large plant operating in Nelspruit, Mpumalanga, South Africa used to be one of the world’s largest producers of electrolytic manganese dioxide (EMD), a key ingredient of some commercial alkaline and Li-ion batteries. However, around 2014 the Nelspruit facility was closed. Recently, a project supported by South Africa’s Department of Science and Technology (DST), and managed by the University of Limpopo (UL), was undertaken to revitalize the Nelspruit facility with the ultimate goal of producing high-quality NMC precursor materials for Li-ion cathodes.

Although South Africa is currently the largest producer of Mn, most of that Mn is exported as raw ore. At just ~$100/ton, the economic potential of Mn, as raw ore, is extremely underutilised. For example, NMC-111 (30% Mn) values at ~$23,000/ton.4 Clearly, processing of raw Mn ore into battery grade precursors (e.g., Mn-oxides/ sulphates), or final products such as NMCs, represents substantial value added. The DST/UL effort at Nelspruit is an essential step in that direction.

In 2018, collaborations between UL and Argonne were established and a chemical engineer from UL travelled to Argonne for an extended stay. During this time, studies were carried out alongside Argonne scientists on the synthesis of NMC precursors to help advance the effort at Nelspruit. In particular, the work focused on Mn-rich precursors such as those suitable for the production of LLS cathodes.

Currently, Japan, Korea, and China dominate the production of cathode materials. As margins are squeezed by the drive to lower electric-vehicle costs, breaking into this market is becoming more challenging. However, with the demand for Li-ion rapidly growing, and the impending need for low-cost alternatives, opportunities do exist. Mnrich cathodes are one such opportunity, but, even if successful, materials and cell manufacturers will have a choice of suppliers. If South Africa is to take full advantage of its Mn and the ongoing progress at Nelspruit, then it must somehow attract substantial interest and investment from the private sector.

Policy aside, one way of doing this is through strong positions in research and intellectual property as was the case for Argonne’s NMC. Continued investment by the DST and other agencies, as well as establishing strong public-private partnerships, are critical. In particular, partnerships that extend beyond South Africa, as with the Argonne/UL collaboration, and those with foreign industry will be essential. Ultimately, Mn is only one opportunity in Li-ion for South African resources and many efforts are underway to capitalise on them.

But, filling a market need by securing a competitive advantage in Mn-based, Liion technologies, could be a viable path to rapidly establishing a South African presence in the Li-ion industry. ESI.

3. Visual Capitalist, Nickle: the secret driver of the battery revolution.

Lean burn gas generator for no or poor grid locations