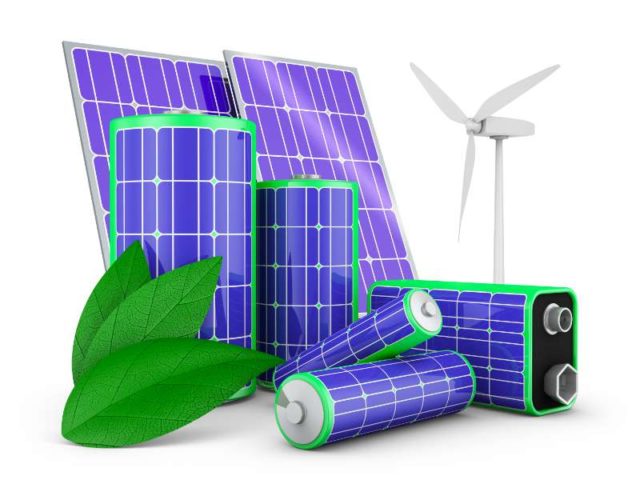 When businesses cannot rely solely on grid-connected power, they are required to have backup power at hand. However, emergency power supply is usually costly and can cause a dent in any business’s balance sheet.

A solution to this challenge is well placed in combining renewable energy with energy storage – an added advantage to reduce a company’s fuel consumption bill.

The Big Question we asked the experts is: What are the considerations that businesses should be mindful of when employing hybrid energy solutions?

The expression (hybrid) energy solutions mean combining (at least) two different energy sources. Typically, combining a renewable energy source such as solar and wind with a flexible conventional energy solution such as diesel or heavy fuel oil (HFO). In more sophisticated systems, energy storage is added. For off-grid businesses, the evaluation of the business case for hybrid energy is rather easy – renewable energy crowds out diesel or HFO consumption.

Even though we typically use the expression power purchase agreement (PPA), it should be from the perspective of the businesses rather a diesel reduction agreement. Several factors determine to what extent a kilowatt-hour of solar energy translates into actual diesel savings.

The timing of adding renewables is right as long as interest rates stay low. Renewables are a capital-intense investment – where financing is the main cost-driver. PPAs for hybrid solutions are becoming more and more common. Businesses should keep in mind that margins in PPAs can represent a significant cost factor. If the financial position allows it, they could consider buying the hybrid energy system instead of signing a PPA.

While smaller hybrid systems without energy storage have turned into a commodity, huge systems such as for remote mines still require quite a lot of tailor-made engineering. It is essential to work with an experienced EPC or system integrator. In the market, we can sometimes observe black sheep without any capability and experience in hybrid systems or micro-grids.

Businesses should keep in mind that margins in PPAs can represent a significant cost factor … they could consider buying the hybrid energy system instead of signing a PPA.

The process of signing long-term PPAs can be rather cumbersome. In the past, we have seen lengthy contract negotiations that involved not only lawyers but also corporate accountants before signing long-term PPAs. However, the process typically results in significant cost savings and a substantially increased plannability of electricity costs.

Reliable power supply is a critical need for every modern-day business. Developed countries have generally managed to build energy systems that ensure consistent grid power supply. This, however, is not the case in the developing world and particularly in sub-Saharan Africa.

Due to the inconsistency of grid power supply, most businesses have had to resort to alternative energy sources for their daily operations. Traditionally this meant primarily using diesel generators but the emergence of renewable energy technologies has fundamentally shifted this. Solar, wind, hydro, geothermal and biomass are the most popular types of renewable energy sources presently available.

In sub-Saharan Africa solar energy adoption by businesses has grown rapidly. This is mainly due to the abundance of sunshine in this part of the world and the increasing ease with which independent solar systems can be set up. Many of these systems are hybrid in nature.

Hybrid energy systems are defined as the integration of several types of energy generation equipment such as electrical energy generators, electrical energy storage systems and renewable energy sources. The electricity grid can also be included in this mix. I will primarily focus on solar as it is the easiest to access and gives the greatest potential for scalability.

There are different types of solar models that a business can use depending on its goals and unique situations. We will primarily examine two:

Battery-backed solar system – Many businesses have adopted this solution either in places where there are protracted power outages or as an emergency back-up power solution for shorter periods. The main distinguishing characteristic of this system is the battery storage. The battery bank kicks in when there is a grid power outage and the system can power all or part of the needs of the business. The solar array is either roof or ground-mounted. This system can be used as the primary backup solution with a diesel generator as a secondary backup where necessary.

The configuration, design and operation will differ according to the size of the business and subsequent power needs. The type of equipment used must be carefully considered based on the budget and the business’s power requirements.

Grid-tied solar system – This is a solar system that is connected to the utility power grid. It is installed with utility-interactive equipment which allows it to both feed from the grid and backfeed to the grid. Many countries have started adopting net metering (or feed-in tariff schemes) where surplus power that is produced by a solar system can be sold to the power utility.

This allows for the business to either get paid for the extra power they are generating from their solar system or have the units offset against their utility bill. As more and more African utilities develop their net metering policies, this will present a real incentive for businesses.

As with all power generation undertakings, there are cost implications that need to be carefully considered. Costs vary according to the type of system design and equipment used. Energy storage costs are still relatively high at present but costs continue to drop as more and better technologies are being developed.

The wise thing to do is for businesses to consider alternative energy as capital equipment and not just as an expense. Most capital equipment will be “expensive” but it’s what it accomplishes for you that ultimately matters.

You must “sweat the asset” and continue to look at the return on investment. One of the biggest advantages of a solar system is the negligible cost of maintenance as there are barely any moving parts. The biggest cost will be replacement of batteries after every three to five years. This cost can be carefully calculated based on the usage patterns and drain on batteries.

Gone are the days when solar energy belonged to the realm of mystery and was the preserve of the few elites. It is the energy solution that African businesses can harness right now.

South Africa had the worst year of loadshedding on record in 2019 (1,352GWh, 530 hours), with up to Stage 6 loadshedding implemented requiring 6,000MW to be rotationally loadshed from the grid. These power outages have significant impacts on the economy, and it is expected will continue for the next 3-5 years unless all stakeholders take decisive actions.

There are several technologies making inroads in the South African market in the backup power and energy security market. Lithium-ion (Li-ion) and lead-acid battery technologies are the most tried and tested, and remain the leaders in this market.

The current dominating technology is Li-ion Phosphate, mainly due to the low cost to manufacture, defined performance ratings and proven operational stability.

There are other storage technologies available, but they either don’t have existing projects in South Africa, or they haven’t shown promise in medium to large scale storage applications when compared with their direct competitors. These include vanadium redox flow battery, supercapacitors and hydrogen. The early-stage analysis shows that Li-ion technology has the potential to have the most prominent presence in the market. The current dominating technology is Li-ion Phosphate (LiFePO.4), mainly due to the low cost to manufacture, defined performance ratings and proven operational stability.

The majority of the Li-ion battery installed base is being used in off-grid applications where the end-user either has limited or no access to utility power or where energy security is crucial for business continuity. These solutions are usually in the form of a hybrid mini-grid where there is renewable generation (often solar PV), diesel generation and battery storage coupled as a system. There has also been an increase in high-income residential and business installing energy storage systems to curb the impact of loadshedding.

The business case for lithium-ion and solar PV

An office block situated in the Cape Town City Centre with a high energy demand and roof space for a 100kWp solar PV system is investigating options for energy independence. The full energy generated by the solar PV system will be required as their daily load exceeds the energy that would be generated by a 100kWp system. They are looking to have a limited form of energy security for running all the businesses in the block on critical and limited services (Wi-Fi, servers, computers, telephones and some lighting) to ensure that they can continue to work during periods of loadshedding.

A 100kWp solar PV system with an 80kWp and 180kWh lithium-ion energy storage system, which gives roughly two hours of storage, was modelled based on the latest pricing points gathered by GreenCape in 2020 (see Figure 1).

The current business case for a 100kWp solar PV system, without energy storage, has a payback period of 4-7 years (assuming all the energy generated is consumed by the customer and deducted from their energy bill as savings). If lithium-ion energy storage is added in a solar PV hybrid case, based on GreenCape’s models, the capital cost of the installation will be doubled, but the system will show a return on investment after 8-12 years. The payback depends on the size of the storage system. The system size depends on the type of services that need to run during loadshedding.

In this model, the payback period is only based on the solar yield of the system and not any of the stacked benefits that can be extracted from energy storage use cases. The return of investment period can be reduced significantly if the loss of business operations and additional stacked benefits are taken into account. Apart from being energy independent during times of loadshedding, these systems provide free energy after the conclusion of the payback period.

In conclusion, ultimately, the considerations that businesses must be mindful of are the size of the installation that will meet their unique power needs and the financial implications of the various technologies available in the market. ESI 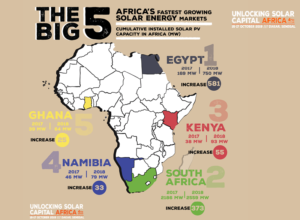