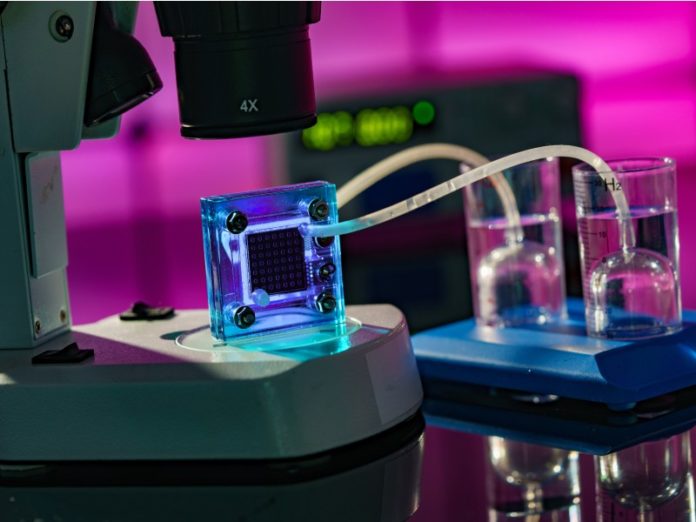 Predictions indicate that, by 2050, the size of the global hydrogen market will be $12 trillion. This worldwide boom of clean hydrogen (H2) includes electrolyser installations in a number of countries creating H2 strategies. While China currently leads the foray, there is scope for African countries to stake a claim.

Addressing an Enlit Africa roundtable, hosted in collaboration with ESI Africa, guest speakers cleared the air expressing their hope fthat Africa would take advantage of the opportunities presented. The panel stressed the time for action is now as, like any energy system, it would take a while before countries could accrue any benefits.

Craig Morkel, the Southern African Oil and Gas Alliance representative, sees gas, such as LNG, as a transition fuel to replace coal in the next few years. Gas itself, he adds, could be replaced by hydrogen down the line. He points out that the ultimate objective of investing in hydrogen is to decarbonise energy systems to net-zero by 2050.

Given the threat to planet, people and profits from global warming, Morkel explains the need for planned action: “We cannot simply flip a switch from fossil intensive pathways to green hydrogen and renewable energy immediately. There needs to be a transitional phase that incrementally increases our use of green technologies.”

Adding to the conversation, Professor Tariq Kahn, director of CPUT’s Energy Centre, asserts green hydrogen could meet the world’s need for clean energy. However, a current key challenge remains the cost of production and transport. He also pointed out blue hydrogen’s nitrous oxide is a potential side product being sidelined in discussions around carbon capture technologies and the wonders of using hydrogen as an energy source.

According to Kahn, a study showed that burning hydrogen-enriched gas in an industrial turbine leads to six times the amount of nitrous oxide released into the atmosphere than methane released when using a coal-based procured.

Morkel shares another challenge, stating that South Africa was already sending money out of the country through the current wind and solar projects. There is a high level of importing components and technologies. Local manufacturing of renewable energy components died once the REIPPP programme stalled in 2014. He questioned whether the same thing would happen when the country started creating and exporting hydrogen.

In terms of local content for electrolysers and eventually the development of fuel cells, Morkel says there is “amazing IP being developed by institutions in South Africa. The question then should be: What is the opportunity for intellectual property to become commercialised and acceptable to financiers as a mature technology?”.

Dr Sivakumar Pasupathi, director of the HySA Systems competence centre at the University of the Western Cape (UWC), affirms the country is already creating new IP in the hydrogen space through innovations in fuel cell technology.

HySA Systems’ first five years was about setting up infrastructure, and their second phase was around piloting projects. They are now in their third phase of commercialisation. “There is the hydrogen-powered school in Ventersdorp, the nature reserve at UWC and installations at data centres for Vodacom and MTN,” he explains.

Pasupathi is adamant that the global hydrogen economy is not just a pipe dream that will evolve but is already gaining traction in various places around the world: “Morocco is getting ready to export hydrogen. If we [South Africa] don’t do it now, we’re missing the boat. We need to do it in the next five years; to start selling to countries like Germany and others.”

Several weeks after the Enlit Africa roundtable, Sasol signed a memorandum of agreement with the Northern Cape Development Agency (NCEDA) to lead a feasibility study to explore the potential of Boegoebaai as an export hub for green hydrogen.

This Boegoebaai project is one of several hydrogen, ammonia and power-to-X (P2X) opportunities Sasol is assessing as part of the new strategy announced at its recent capital markets day. Sasol’s strategy is aligned with South Africa’s ambitions to establish the country as a significant green hydrogen production and global export hub.

Going head-to-head with Asia and Europe

BloombergNEF’s 2021 Hydrogen Market Outlook reports growth of hydrogen in China during the first half of 2021 could drive the electrolyser market to exceed 2GW in 2022. The report’s highlights include:

• Electrolyser shipments are set to double in 2021 and quadruple in 2022, reaching at least 1.8GW. China should account for 60-63% of global installations. By 2030, cumulative global installations could cross 40GW based on developer disclosures. Due to better economics, alkaline electrolysers will continue to dominate the market, with an 80% share in 2022.

• Electrolyser manufacturers are building more factories than needed in response to rising sales. Some 16GW of manufacturing capacity could come online by 2024, enough to meet demand several times over. This may leave many factories underused, pushing down prices.

• Net-zero emissions targets are driving H2 deployment in Europe and China. In Europe, a rising CO2 price is incentivising industrial companies to explore hydrogen. In China, large firms are investing in H2 to demonstrate alignment with the country’s carbon neutrality target.

• Government funding is rising, with $11.4 billion per year available for low-carbon H2 projects over 2021-30. These subsidies total less than 0.1% of GDP for most countries, well below what solar got in its early years, but still a sizeable boost compared to a few years ago.

• Widespread demand for clean H2 is still a few years away. Few countries have laid out clear plans to drive a broad base of demand. However, there are large proposed projects for later in the decade, and more may emerge soon in China. Plans to build significant H2 storage infrastructure in Europe will also enable large-scale demand in future.