The decision by the Department of Energy (DoE) to approve the deviation from the Integrated Resource Plan (IRP) (2010-2030) is welcomed by SAPVIA and was received positively by the industry alike.

The Department of Energy’s deputy director for policy and planning, Ompi Aphane, explained that the approved deviation is an exercise of the Minister’s powers under Section 10(2)(g) of the Electricity Regulation Act. However, NERSA still has to adhere to its regular processes in order to comply with regulations.

In the instruction received by NERSA on 02 May, the DoE authorised the regulator to process licences of SSEG projects with a combined capacity of 500MW without the developer having to request authorisation from the Minister for deviation from the IRP. Read more: SAWEA supports licence for businesses to generate renewable power

SAPVIA identified over 1,000MW of 1-10MW SSEG projects that have been awaiting approvals for years.

The new instruction is the support required to expedite the elimination of constraints faced by hundreds of delayed projects owing to deviations and licences not being issued by the DoE and NERSA.

“The Minister’s instruction should provide some relief to frustrated businesses,” said Govender, who added that the ability to proceed with these projects will significantly benefit both the solar PV industry and business alike.

Energy-intensive businesses can invest in renewable energy projects to reduce their reliance on coal-fired/carbon-intensive energy from the grid.

“This will have a cost-saving dynamic for the business,” he added, as it should open the market to smaller-scale projects as well. 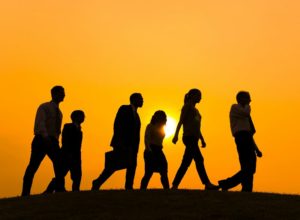