Robotic Process Automation (RPA) adoption is lagging in South Africa, and local organisations must move to organise their processes and start deploying RPA if they are to catch up with growing global progress towards hyper-automation.

Steyn said: “Hyper-automation, in which AI, analytics and RPA start coming together and maturing, is listed as the top trend in Gartner’s list of Top 10 Strategic Technology Trends for 2020. But if organisations can’t get basic RPA right, they can’t even look at AI and hyper-automation. We need to get our processes ready, start with RPA and move towards becoming the automated enterprise.”

Noting that there were still misconceptions around the use of RPA, Steyn said that for many people, the term ‘bots’ invoked images formed by movies: of evil, overpowering machines that control and eventually destroy the human race.

There was also widespread fear around how robotics and automation would impact their careers and livelihoods, he said. He conceded that in some roles, up to 20% of a workforce could be bots in years to come, due to their efficiencies and the fact that they could deliver ROI in under 12 months.

However, he said the more likely scenario would be that bots would slow down future recruitment in some roles and that everyone would ultimately have their own bot taking over the repetitive, rules-based work.

“There are currently 2.5 million bots in the world, and saturation is expected within the next five years when all organisations will have implemented RPA to some extent,” he said.

Steyn clarified that RPA differed from AI in that it was “doing” technology, executing the tasks people have programmed it to fulfil. In contrast, Artificial Intelligence is “learning” technology that can identify patterns people did not even think to ask it to look for.

“A lot of RPA initiatives have to do with back-office processes – it scales operations, increases productivity, improves quality and compliance, and increases processing speeds. RPA enables the streamlining of massive tasks – such as grants processing during the COVID-19 crisis,” he said.

Steyn noted: “RPA is not Enterprise Resource Planning (ERP), Business Process Management (BPM), Business Intelligence (BI) or AI, but it can be integrated with these systems. And RPA is not a silver bullet – it cannot fix your processes if they are poorly constructed, or if you have data quality issues, broken systems, weak change management or poor architecture.”

Ownership, maintenance and change management could sometimes be overlooked in RPA selection and deployment, but they are among most important factors in RPA success, Steyn said.

“One of the single biggest reasons RPA initiatives fall flat is that when the vendor engagement ends, nobody looks at maintaining the bots. Processes change over time and organisations may neglect to keep the robots and the scripts updated accordingly,” he said.

“When implementing RPA, we need to put people first. We should not underestimate what many people think when they hear robots and robotics. It helps to start with pilot projects that illustrate the benefits of RPA. Implement RPA where there is a business case for it, and prioritise high-value processes, as it will be too expensive and time-consuming to automate all of your processes.”

While few South African businesses appeared to be making optimal use of RPA at this stage, Steyn called on all businesses to prepare for a hyper-automation future by improving and automating their processing, and deploying small RPA pilots in high-value processes. 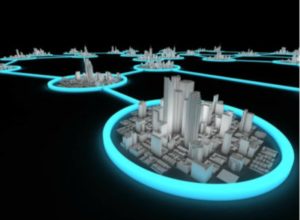 Developed megacities are on a decline, says research