At the IITPSA annual general meeting held in Johannesburg last week, the Institute emphasised the increasingly important role the IT profession plays in the development and economic growth and called on IT professionals to become more involved in driving change and innovation in the country.

Teddy Daka, Group CEO of Etion and IT Personality of the Year 2018, told the AGM that the IT sector needed to assess whether Industry 4.0 would truly benefit all South Africans and create much-needed employment in the country.

“Compared to the north, the south really hasn’t benefited from the first, second and third industrial revolutions, and the question is will we benefit from the fourth?” he said.

Noting predictions that millions of people were likely to be displaced from their jobs by 4IR technologies, Daka added: “Even if we are able to fast track the training of these people, I’m not sure this will solve all our challenges. Most training of IT professionals has been on the consumption side of what we do – most of them work for vendors or in local companies, which are predominantly value-added resellers. Unfortunately, this won’t help us create jobs – we aren’t training people to go beyond just being an IT professional.”

highlighted South Africa’s significant trade deficit between imports and exports, saying: “The question is why are we so dependent on imports when we have people who are able to do the kind of work that will allow us to grow our businesses and participate better in Industry 4.0?  We as IT professionals need to think differently about how we participate and the spaces in which we can become innovators, not just consumers of .”

Giving people infrastructure and broadband access is good, but we are still just producing consumers of ICTs, which will exacerbate the deficit between our imports and exports. We need to invest in IT professionals who can build technologies and come up with innovations. We need to have our own Silicon Valley-type IT professionals – hard-core IT professionals and engineers who have made it beyond simply providing services.”

He also urged IT professionals to become more involved in policy development in key issues, such as cybercrime. “We have a serious problem in cybersecurity – and its IT professionals who are now becoming our defence force.”

“We need to develop more solutions that are more inclusive and create growth that is equitable – we are the people who create these new technologies. It is in our hands as IT professionals to make a difference,” he said.

IITPSA CEO Tony Parry noted that the industry was now under pressure to drive innovation faster, build adequate skills pipelines and help grow the economy. “By becoming more actively involved in industry programmes and skills and policy development, IITPSA members can collectively drive the progress we hope to see in South Africa,” he said.

Ulandi Exner, the outgoing President, thanked IITPSA members, board members and CEO Tony Parry for contributing to her personal and professional development during her nine years as an IITPSA member and four years as IITPSA President. “You cannot buy what I have learned in this time – it’s priceless,” she said.

Exner said the IITPSA Special Interest Group (SIG) events were a particularly important benefit of IITPSA membership and urged members to participate in these events: “That one hour that you attend could change your life – it changed mine. I met Tony Parry at an industry event nearly a decade ago, which led me on this remarkable shared journey with the IITPSA professional community.”

At a Board meeting following the IITPSA AGM this week, IITPSA named its new office bearers for 2019/20, with Thabo Mashegoane elected as President (Board Chairperson) and Admire Gwanzura as Vice President.  Karel Matthee was re-elected to the role of Honorary Treasurer. Moira de Roche and Pearl Pasi were re-elected as Non-Executive Directors of the Institute. 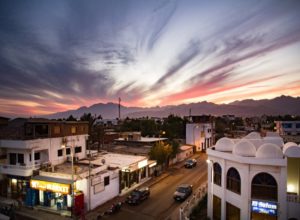