South Africans are exploring alternative energy sources, while reducing landfill mass, by turning to the repurposing of waste material.

In a statement, Jason McNeil, CEO at Interwaste, said: “It is here that waste plays a significant role. As the country moves towards a zero waste to landfill target and where hazardous waste to landfill is already prohibited, there is mounting pressure to find ways to repurpose waste and ironically such repurposing can, and already does, contribute significantly to energy inputs at various production facilities with the opportunity to increase this fundamentally.”

As industry remains one of the largest users of energy, evident by the decrease in consumption over the past few weeks, then so too should they be interested in the creation of alternative fuels to drive down South Africa’s reliance on traditional energy inputs.

Using the mining sector as an example, Interwaste cites a government source, which notes that this sector is responsible for more than 38%3 of the total industrial energy use locally.

Of course, mining is crucial as it contributes to GDP and to a massive portion of exports in a normal world. It also contributes 2444 million tonnes of marketable coal annually and makes South Africa the fifth largest coal producing country in the world.

“It is exactly this fact that places a lot of pressure on this sector to successfully transition towards a low carbon future as well as find ways to reduce their own reliance on energy or, at the very least, ensure they are contributing towards a cleaner energy and future for other industries,” says McNeil.

Some waste in the mining sector, like many others, presents a key opportunity for the creation of alternative fuels. In fact, as innovations drive this sector forward, we are likely to see a greater focus on waste streams being repurposed for energy in other industries – as well as for this sector itself.

“We can only imagine the possibilities created by mining waste where mining offtakes, such as old oil, can be converted into a light burner fuel for heavy machinery – not only powering up their own machinery and reducing their energy consumption and carbon emissions, but also providing other industries with such fuel and contributing to larger energy relief,” continued McNeil.

If we consider that hydrocarbon oils, for example, contribute around 5%5 of the total volume of waste produced by the mining sector, there is no doubt that treated through the right process, it presents a perfect waste for repurposing and a huge contributor to other sectors.

So, what other waste streams can be used to contribute towards energy/alternative fuels?

Waste derived fuels is a key contributor to the energy sector, focused towards hazardous waste products such as liquid sludge, hydrocarbon waste streams and petrochemical waste being blended into a homogenous product with defined energy, physical and chemical properties – which can then be used as an alternative fuel.

Currently, such waste-derived fuel is being sold into the cement industry as the primary offtake, but there is a strong focus on driving this to other industrial sectors.

Refuse derived fuel (RDF) also plays a fundamental role. “At Interwaste we have pioneered RDF locally and have really taken a stringent approach to ensuring we can convert as much industrial waste into this product as possible,” states McNeil.

RDF is a solid fuel source recovered through the shredding and bailing of certain pre-sorted dry industrial non-recyclable waste. The RDF produced by Interwaste requires no heat for drying, produces a cleaner RDF and a much higher heating value RDF similar to that of A-grade coal and forms a very suitable and robust alternative to fossil fuel use.

Such fuels can be used within sole/co-feeding plants and replace conventional fuels (e.g. coal) in production plants for power, steam and heat generation, cement kilns and other suitable combustion installations.

If we use the mining sector as an example again, rubber is one of their biggest waste streams (tyres, conveyor belts, etc) and can be put through the RDF process by using technology to strip out the wire, remove beading of OTR (off the road) equipment, cut in half, quarter and shred down into fine particular size for RDF use in other industries.

“In fact, we are currently looking at a localised model of RDF where trials to convert hard hats, oily rags, overalls etc can be reduced to a smaller size and converted into an RDF equivalent,” says McNeil.

Beyond energy provision and finding alternatives, there is a carbon responsibility in South Africa more now than ever, with carbon tax being implemented across industries. The alternative fuels listed above are considered sustainable fuels and so, businesses that contribute to, and use, such fuels are given a 25%6 relief on carbon tax payable.

“The reality is that, less reliance on fossil fuels within the sector makes room for more coal for the general production of energy, reduces reliance by industry on South Africa’s energy supply and creates a solid case for the reduction of carbon emissions. Therefore, the more industries that can move towards alternative fuels, the better for the economy and the environment. It is a win-win all round,” concludes McNeil. 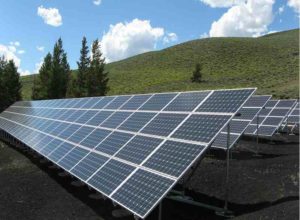