Green hydrogen is forecast to deliver 13% of global energy demand by 2070 [1], but at present there are no commercially available engines that can effectively use the fuel, potentially jeopardising global net zero ambitions.

As such, the technology group Wärtsilä is now pioneering a milestone testing programme for its balancing gas engines to be converted to use pure hydrogen as fuel.

The company anticipates having a thermal balancing engine and power plant concept capable of running on 100% hydrogen by 2025, enabling the transition to decarbonised energy systems around the world.

The project in Vaasa, Finland, will assess Wärtsilä’s existing 31 gas engine technology to find the optimum parameters for running on hydrogen. The company’s gas engines are currently used for flexible balancing power generation for power systems with high levels of renewables.

According to Wärtsilä’s energy system modelling, over 11,000GW of wind and solar power is required in the G20 alone to create 100% renewable energy systems. It will require 933GW of carbon-neutral thermal balancing capacity to enable the addition of this amount of renewable energy and stabilise these future power systems.[2]

The ability to modify existing engines to use hydrogen and hydrogen-based fuels when they become widely available is crucial to achieving global decarbonisation goals.

The internal combustion engine is a key technology in enabling the growth of renewables today, providing the flexibility required to support the intermittent generation of wind and solar. Many countries are investing in new, highly efficient engines to support the sustainable acceleration of renewable energy.

Being able to modify the engines in the future to utilise carbon-neutral fuels, such as green hydrogen and green hydrogen-based fuels, means that utilities can invest confidently now to enable the 100% renewable system required by the middle of this century, without risking stranded assets.

Håkan Agnevall, CEO Wärtsilä, said: “This is a milestone moment in the worldwide energy transition. Global societies will have to invest billions into the infrastructure needed to develop green hydrogen, but that investment is reliant upon having market-ready engines which can run on the fuel once it is readily available.

“Our modelling shows that a significant amount of thermal balancing is required by the middle of this century to achieve the transition to 100% renewable energy. By developing engines today which can run on hydrogen tomorrow, we are future-proofing energy systems to become 100% renewable by 2050.”

Wärtsilä’s engines are capable of ramping up to full load in two minutes and can currently run on natural gas, biogas, synthetic methane or hydrogen blends, with a blending possibility of up to 25% hydrogen already proven today.

In parallel, Wärtsilä is running engine testing for ammonia and methanol, two alternative future fuels which will support the decarbonisation of the shipping sector and help the International Maritime Organisation to achieve its target to cut the sector’s GHG emissions by 50% by 2050.

[2] According to Wärtsilä’s Atlas of 100% Renewable Energy, which models energy systems from a greenfield scenario to illustrate the ideal renewable energy scenario. 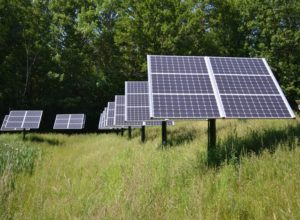