By William Brent, Power for All

2020 reminded us why it can be risky to make predictions. Sometimes the unpredictable alters the normal march of progress. Enter COVID-19, and…well, you know the rest.

But the world goes on and so too does the energy access sector, thanks to the dedication and passion of the people in it, who worked tirelessly last year to minimise an industry crisis that battered decentralised renewable energy (DRE) companies and consumers alike and reversed nearly a decade of progress.

So what are the top energy access trends we expect to see in the year ahead for decentralised renewable energy? This year, to better inform our annual top trends list, we crowdsourced ideas for the first time through an open survey, receiving input from more than 75 of our partners (investors and donors, international and national trade associations, companies, government, civil society, researchers), and we also interviewed leading market analysts, including Bloomberg New Energy Finance (BNEF) and Wood Mackenzie, for their perspectives (be sure to dig into those by listening to our two podcasts).

Certainly the recovery from and the response to the pandemic will continue to be a near-term focus for our sector (expectations are for a recovery in consumer demand and investment, albeit uneven, starting in Q2), but we treated that as a global macro-trend impacting all markets and have not included it specifically in this year’s list. Similarly, there was consensus that distribution of a COVID-19 vaccine will ensure that the link between energy access and universal healthcare will be a key trend of the year, so we included it in our list, but also dedicated a deeper look at the topic and what to expect.

Below, in no particular order, you will find the Power for All annual energy access trends for 2021, and a visualisation of the survey results. (Revisit predictions for 2020 and 2019 as well).

In sub-Saharan Africa, where all but two utilities lose money despite being heavily subsidised, the story is mixed. Many countries in western Africa (Nigeria, Togo, Ivory Coast) are looking to the private sector, while those in eastern Africa seem less sure: Tanzania, once a poster child for off-grid regulation, has politicized tariffs and cracked down on private companies, while in Kenya a debate rages about the bankability of utilities as decentralised renewables eat into the market. Wrapped up in all of this is tariffs, subsidies and vested interest. With different dynamics in different countries, the only prediction we feel confident in making: it’s going to be a wild ride. Some have called for a “grand bargain” between the public and private sectors that relies on integrated energy planning. Others, including the Utilities 2.0 initiative and Konexa, are trying to show how that bargain actually works in practice, and prove its mutually beneficial nature. Tariffs charged by the private sector are expected to be “cost reflective”. But until one of two things happens — either state-owned utilities are held to the same standard on cost-reflective tariffs, or private companies are subsidized on par with utilities — true integration will remain out of reach. “As the two worlds start to collide,” says Attia,” there’s some really good symbiosis and we could see some glass break.” How tariffs are handled (and subsidies that shape those tariffs) will largely determine the outcome. And the implication from that? National governments and their policy and regulatory frameworks will decide our fate.

Developers are also adding adjacent services (LPG, energy efficiency) and becoming customer-centric service providers. Adds BNEF’s Takehiro Kawahara: “It’s not only on-site solar, but also pay-as-you-go for C&I customers,” citing an East African joint venture between a local company and a Japanese air conditioner manufacturer to provide cooling on a pay-as-you-go basis to commercial customers. As this market segment grows, and as we see more portfolio aggregation and securitisation across the sector, infrastructure investors are expected to take a second look at off-grid by the end of 2021, early 2022, the analysts said.

Without question, the absence of more and better data remains a serious constraint across the board for SDG7 (a range of players are helping — eGuide, Odyssey Energy Solution, TFE Energy, 60 Decibels), and much more is needed on numerous topics, but we can’t accurately address other data gaps until we have a reality-based measurement of energy poverty itself.

2021 will see a major focus on solving this systemic challenge, with a focus on moving from a transactional approach to a service-based model to ensure long-term contracts for operation and maintenance at rural clinics, and increased joint planning between health and energy agencies. Also expect to see a much bigger focus on supply chain and getting clarity on how to make standardised and affordable medical devices that are suitable for off-grid areas, a critical topic that has been largely ignored. “Many governments will prioritise using clean energy for health facilities to access reliable electricity,” said BNEF’s Kawahara. “Other governments may also follow, and this will need support from international agencies and development banks.” Be sure to read a more in-depth Power for All analysis of what we can expect.

Storage and batteries. “The final death knell for lead acid batteries,” is how one aid agency executive described the dynamic behind the growing role of storage and batteries in energy access. But it’s also the death spiral of diesel generators, as well as the enabler for the emergence of eCooking, eMobility and other battery-dependent services. New battery technologies, falling prices, battery swapping business models, there is so much happening. As the Africa Energy Indaba will rightly ask in its upcoming discussion in March 2021, “Is energy storage the key to energy access?” It is certainly a big key on the key chain.

These trends also surfaced as being important to watch:

Read the original article published by Power for All on 20 January. 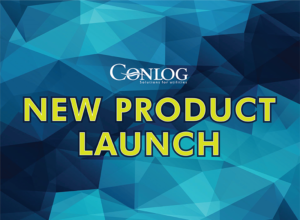