While the renewable energy market in African countries is flourishing, those developers who adequately address the needs of women in their business plans are a step ahead of their competitors.

It is often argued that if you empower women, you can change the world. Certainly in the context of the rapid energy transition of African countries – and the huge global implications it has on climate change – it could be no truer.

Women in African countries are key to energy production and consumption. Across rural communities in particular, women and girls are the primary energy producers in the household, meaning that they are responsible for sourcing fuel, paying for it and managing its use. Renewable energy companies that incorporate the needs of women into their business plans, therefore, can expect to better serve their addressable market.

Read more about women in power

The availability of modern energy services is important for access to clean water, sanitation, health care, lighting, heating, cooking and telecommunications. Despite the enormous contribution women can offer renewable energy companies and the clean energy future of African countries as a whole, companies often overlook them when putting together their business plans and completing community consultations. As a result, the products and services provided often fail to meet the needs of half of the population.

The Gender dynamics and off-grid electricity: Lessons from Tanzania study by sustainable solutions company Ashden, for example, revealed how women in households connected to solar power are regularly missing out on the benefits due to inadequate project consultations. Many women taking part in the research complained that solar companies were routinely placing lightbulbs in living areas, but not necessarily in the kitchen where they were equally needed. Several respondents also mentioned the lack of access to loans from the solar companies to make time-saving appliances like irons more affordable.

As competition in Africa’s booming renewable energy market increases, businesses that take efforts to understand and address the needs of all of their potential customers, including women, will be able to differentiate themselves on the basis of providing products and services that work best for all end users. To have the greatest impact, broader structural barriers to gender equality such as legal and financial discrimination and unfair social norms and attitudes should be addressed.

ENERGIA’s five-year energy and gender research programme found that energy policies that do not explicitly target women often result in inequitable access to energy services due to differing energy needs of men and women. Furthermore, the study concluded that it would be impossible to deliver on Sustainable Development Goal 7 (SDG7) – ensuring universal access to affordable, reliable, sustainable and modern energy services by 2030 – unless the energy needs of women are met, and that this would require a “radical rethink” of how women can both benefit from and contribute to the energy transition.

What is the solution?

Achieving gender equality across all reaches of society is a challenge that requires the will and collaboration of all stakeholders, from governments and community leaders, to businesses, nongovernmental organisations and individuals themselves. Increasing investment and financing for gender equality and strengthening accountability mechanisms at international and national levels are clearly part of the required effort, as is research into differences in societal norms that can help achieve more gender-equitable results.

Crucial to all of these efforts, however, is the systematic mainstreaming of a gender perspective – or “gender mainstreaming” – at policy and commercial levels.

Gender mainstreaming requires addressing the inequalities that are at the core of decision-making, policy and process, in such a way that it leads to more gender-equal and responsive action. In the context of the renewable energy sector, this requires access to finance, as well as capacity building in technology, business and leadership in breaking down the prevailing social and cultural barriers that are likely to continue gender inequality, such as lower literacy among women, land ownership issues and burden of care work.

Join our upcoming webinar on:
Fostering women leadership representation in the power industry

The UK-government funded Renewable Energy Performance Platform (REPP), which is managed by Camco Clean Energy, is working to catalyse the growth of small-scale and distributed renewable energy markets in West, Central, East and Southern African countries. We understand that a key component to delivering on this objective is through the meaningful participation of women, and actively encourage and work with existing and potential borrowers to get on board.

In November 2019, REPP issued a gender-themed request for proposals aimed at projects that are women-owned and/or managed, or which have a focus on empowering women and girls as the end users. By the close, the call had generated nearly 70 applications for funding from 20 countries and involving nine different technologies, demonstrating the high level of interest and activity in the area.

At a practical level, internalising gender mainstreaming within a business and its operations involves a series of processes. As a first step, companies need to assess the current gender situation of their business, its project and its areas of influence, before identifying gender gaps in employment, policies and access to productive resources and energy products and services.

At the earliest stages, project planners should be asking questions like:

Central to answering these questions and ensuring the meaningful participation of women is gender-focused stakeholder engagement, which helps project planners to identify and understand female-specific challenges and interests. This process should, of course, be facilitated by a woman, and involves first engaging with the women of the affected community and the relevant women’s groups to determine the best ways, time and place to communicate with them.

Get involved on the Women in Power sessions at the African Utility Week and POWERGEN Africa conference. Click here to register to attend or for more information about the event.

Gender equality experts then recommend a range of participatory techniques, such as focus groups, community mapping and transect walks, to fully capture the challenges, needs and interests of the participants.

After identifying the gender baseline, an equal opportunities action plan should be established to reduce and overcome the gaps and challenges identified, as well as to maximise the opportunities.

Throughout the process, it is important to ensure ongoing and continuous communication between the project and community committees, which should be equally represented by men and women.  Gender-sensitive indicators, such as employment figures by gender and skill level, number of female customers or number of women participating in community meetings, should be identified to monitor whether the objectives of the project are achieved.

Of course, this is speaking primarily from a project implementation perspective. Equally important is to involve women in energy policy to ensure the design and dissemination of locally appropriate energy technologies and services.

Time to seize the initiative

Gender equality and female empowerment is a crucial part of the solution to many central development challenges, not just in terms of transitioning to a low-carbon energy system, but also in terms of effective family planning, alleviating poverty, improving healthcare and ensuring quality education for all. 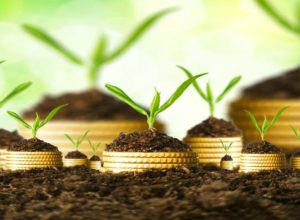