Achieving sustainable energy, designed to provide present and future generations with clean energy without harming the environment, is real, but its formation requires a decisive transformation of the global energy system, which implies the development of an appropriate technological base, the unified political will of different states and stable international cooperation.

The ways to achieve a sustainable future along with challenges to overcome, were considered by the participants of the session: Mission possible: the Global Energy Prize as a driver for sustainable energy for all at the 24th World Energy Congress in Abu Dhabi.

In 2018 the volume of greenhouse gas emissions into the atmosphere reached a historic maximum. According to the World Resources Institute (WRI), China with 9.4 billion tons / year (28% of global emissions) opens the top three among the main emitters of harmful substances into the atmosphere, followed by the US – 5.1 billion tons / year (15%) and India – 2.5 billion tons / year (7.3%). An analysis of the amount of energy generated in 2018 shows that only 36% came from low-carbon technologies. The growth in this indicator compared to a year earlier is less than 1%, which cannot be considered as a satisfactory result.

Moreover, in 2018, the volume of electricity generated from coal increased and for the first time crossed a record level of 10 PWh. Session experts see the reason for this in the global fragmentation of the environmental policies of countries, despite the commitment of world powers to counteract the rise in global temperature. According to the report on sustainable development for 2019 provided by the Sustainable Development Solutions Network (SDSN), developed countries are showing good results in achieving the UN Sustainable Development Goals on economic growth and health, but they are not concerned about the issue of environmentally friendly consumption of resources. The poorest countries, by contrast, consume less natural resources, but do not have sufficient financial resources to effectively conduct economic policies and improve the quality of health care.

According to the participants of the discussion, this indicates the need for a profound transformation of the energy sector of the economy. At the same time, according to Steven Griffiths, the Global Energy Prize International Award Committee member; senior Vice President for research and development, Khalifa University of Science and Technology (KUST), efforts to improve energy efficiency and decarbonisation should be directed not only to energy generating facilities, but also the end user, especially in the transport sector. “Electric vehicle sales grew by 68% in 2018. This may be evidence that in the future they will become widely available,” said the expert.

Register for our upcoming webcast:
What is South Africa’s position in the electric vehicle race?

Recognising the importance of reducing harmful emissions into the atmosphere, the session participants noted that the current global volume of electricity production from renewable energy sources is insufficient to achieve almost zero CO2 emissions by 2050. According to Rodney John Allam, the 2012 Global Energy Prize laureate, member of the Global Energy Prize International Award Committee, IPCC member awarded the Nobel Peace Prize in 2007, coal should either be decommissioned in favour of natural gas, or gasified and purified so that it can be used as a fuel for highly efficient power generation with 100% CO2 capture. This is possible thanks to the technology he developed – the “Allam cycle”, which allows you to burn natural gas and captures all the carbon dioxide produced.

The advantages of using natural gas were also mentioned by Sergey Alekseenko, the 2018 Global Energy Prize laureate, head of the Laboratory of Heat and Mass Transfer Problems, Institute of Thermophysics SB RAS.

According to Rodney John Allam, the 2012 Global Energy Prize laureate, member of the Global Energy Prize International Award Committee, IPCC member awarded the Nobel Peace Prize in 2007, coal should either be decommissioned in favour of natural gas, or gasified and purified so that it can be used as a fuel for highly efficient power generation with 100% CO2 capture. This is possible thanks to the technology he developed – the “Allam cycle”, which allows you to burn natural gas and captures all the carbon dioxide produced. The advantages of using natural gas were also mentioned by Sergey Alekseenko, the 2018 Global Energy Prize laureate, head of the Laboratory of Heat and Mass Transfer Problems, Institute of Thermophysics SB RAS.

According to him, in the nearest future environmentally friendly and efficient technologies for processing fossil fuels will be developed, in particular, on the basis of combined-cycle plants and methods for the deep processing of coal. A longer term perspective is the further development of renewable energy sources and the development of effective methods for converting and storing energy, including fuel cells. Among the most promising types of renewable sources, Alekseenko pointed out the energy of the bowels of the Earth and the sun.

According to experts of the session, solar panels are becoming the most competitive energy sources compared to fossil fuels. The volume of electricity generated by them in 2018 increased by 31%. Thee participants of the discussion pointed to energy integration and energy networks among other technologies that can ensure sustainable development of the energy sector. They are becoming more and more popular due to the growing demand for the alternate use of renewable energy sources. For the same reason, the rapid development of energy storage technologies, especially lithium-ion batteries, is predicted.

Another trend is the large-scale transition to LED lighting. Sales of LED products reached a critical point in 2018, accounting for 40% of global sales of lighting devices for residential premises. According to the experts of the session, these examples suggest that science is the driver of technological innovations. It must propose key solutions for the production, storage, transmission and consumption of energy without harming the environment.

However, scientific and technological innovations should be stimulated by powerful administrative decisions and the political will of different countries, said Rae Kwon Chung, the Global Energy Prize International Award Committee Chair; UN Secretary-General’s High-level Expert and Leaders Panel (HELP) on water and disasters, Adviser to the Chair; Member of the Intergovernmental Panel on Climate Change (IPCC), awarded with the Nobel Peace Prize in 2007.

A recent UK statement on achieving zero greenhouse gas emissions by 2050 (Net Zero Target) is a prime example of a political signal to key energy market players. Another important step towards global energy transformation should be the transition from subsidizing fossil fuel production to supporting renewable energy. According to the sustainable development scenario of the International Energy Agency, investments of $55 billion in new generating capacities and energy infrastructure in total, up to the year 2030 will become the key to a new energy transition.

According to experts, international cooperation plays equally important role not only in attracting investments, but, also in resisting the climate change and achieving sustainable development, because these issues are global in nature. Moreover, it is the integration and consolidation of the interests of world powers that will make it possible to solve the most important tasks: ensuring the reliability of energy supply and the availability of energy both physically and financially.

“Today, energy should move from the role of a locomotive for industrial production growth to a locomotive for increasing the quality of life of every person in any corner of the earth,” said Oleg Budargin, the Global Energy Association’s Board of Trustees Chairman, World Energy Council Vice-Chairman. “In the last century, electricity gave a start to a new technological cycle, so in the present it is responsible for a new quality of life for all the inhabitants of the globe.”

In particular, organizations such as the World Energy Council (WEC), the International Renewable Energy Agency (IRENA), and the International Energy Agency (IEA) should urge their partners around the world to work together in the field of economic development, social equality and environmental integrity in order to build a new economic and financial model for the benefit of mankind. Projects such as the Global Energy Prize are becoming accelerators for this process and technological foundation that will help achieve an environmentally sustainable future.

The laureates of the Prize are the authors of fundamental technologies in the energy sector. Without a lithium-ion battery invented by Akira Yoshino, no portable device would work. The LEDs of Shuji Nakamura and Nick Holonyak are used in many fields: from the automobile industry to the lighting of residential, industrial and office facilities. Boris Katorgin created a unique RD-180 rocket engine, on which famous American rockets ATLAS fly.

Philip Rutberg has developed efficient and environmentally friendly technologies for the processing of household waste. Arthur Rosenfeld is known for advanced developments of smart energy-efficient buildings. Thorsteinn Ingi Sigfusson developed efficient technologies for producing fuel from hydrogen, and Valentin Parmon from microalgae, wood and solar energy. The solar panels of Martin Green and Michael Graetzel have already become commercial standards in the industry. In 2019, the Global Energy Prize awarded Khalil Amine and Frede Blaabjerg for their innovations in energy storage and transmission. 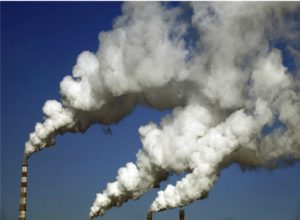