The International Renewable Energy Agency (IRENA) calculates that $2 trillion in annual investment will be required to achieve the Paris Agreement goals in the next three years.

Electromobility has a major role to play in this regard, says Dolf Gielen, IRENA Innovation and Technology Centre Director. IRENA’s transformation pathway estimates that 350million electric vehicles will be needed by 2030, kickstarting developments in the industry and influencing share values as manufacturers, suppliers and investors move to capitalise on the energy transition.

Currently about 8 million EVs account for 1% of all vehicles on the world’s roads. However, 3.1 million vehicles were sold in 2020 which represents a 4% market share. While penetration of EVs into the heavy duty vehicle category is lower, Gielen thinks electric trucks are expected to become more mainstream as manufactueres being to offer new models to meet increasing demand.

Have you read?
EVs, storage are the top non-generation options for G20 investors
EVs most discussed theme among automotive influencers on Twitter in Q4 2019

He points out the pace of development in the industry has increased the value of stocks in companies such as Tesla, Nio and BYD, who were among the highest performers in the sector in 2020. Tesla produced half a million cars last year and was valued at $670 billion. The company produced a price-to-earnings ratio that vastly outstripped the industry average, despite Volkswagen and Renault both selling significantly more electric vehicles than Tesla in Europe during the last months of 2020.

“Nevertheless, it is unlikely this gap will remain as volumes continue to grow, and with EV growth will come an increased demand for batteries,” said Gielen. The recent success of EV sales is largely driven by the falling cost of battery packs which reached $137/kWh in 2020. The sale of more than 35 million vehicles a year will require a ten-fold increase in battery manufacturing capacity from today’s levels. This has already led to increased shares in battery manufacturers like Samsung SDI and CATL in the past year.

This rising demand has also boosted mining stocks, as about 80kg of copper is required for a single EV battery. “As the energy transition gathers pace, the need for copper will extend beyond electric cars to encompass electric grids and other motors,” said Gielen.

Have you read?
Wind technology to consume more copper over the next decade

Copper prices have risen by 30% in recent months to $7,800 per tonne, pushing up the share price of mining companies significantly.

It isn’t just copper that is affected but also other minerals used in energy storage and renewable energy technologies. A 2020 World Bank report, Minerals for Climate Action: The Mineral Intensity of the Clean Energy Transition, pointed out the production of minerals such as graphite, lithium and cobalt would increase by nearly 500% by 2050 to meet the growing demand for clean energy technologies. The report estimated that more than 3 billion tons of minerals and metals would be needed to deploy, wind, solar and geothermal energy, plus energy storage, required to achieve a below 2% future.

That report stated that even though clean energy technologies require more minerals, the carbon footprint of their production – from extraction to end use – will account for only 6% of the greenhouse gas emissions generated by fossil fuel technologies. The report also underscored the important role that recycling and reuse of minerals will play in meeting increasing mineral demand. It noted that even if we scaled up recycling rates for minerals such as copper and aluminium by 100%, recycling and reuse would not be enough to meet the demand for renewable energy technologies and energy storage.

Gielen noted that around 35 million public charging station would be needed by 2030, in addition to ten times more private charging stations – to keep up with the increasing number of EVs on the roads. He estimated this would require an investment in the range of $1,2 to 2,4 trillion. This predicted future need has increased the value of charging companies such as Fastnet and Switchback significantly in recent months.

Have you read?
Trends in EV charging power levels

“Skyrocketing stock prices – ahead of actual deployment – testify to market confidence in the energy transition; however, investment opportunities remain scarce. Market expectations are that financing will follow as soon as skills and investment barriers fall. Nevertheless, these must be addressed without delay to attract and accelerate the investment required to deliver on the significant promise of the energy transition,” said Gielen.

IRENA’s price tag of $2 trillion in annual investment to meet the Paris Agreement goals over the next three years is discussed in its report THE POST-COVID RECOVERY: an agenda for resilience, development and equality. 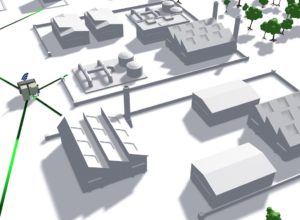 View of a sustainable grid for the future – video