The Association of Municipal Electricity Utilities (AMEU) strategic advisor Vally Padayachee said he had requested and received the list from NERSA on 2 September.

Speaking to ESI Africa, Padayachee said according to his understanding any municipal customer who was already generating their own electricity (self-generating) or planning to do so would not automatically be allowed to sell electricity to their respective municipality.

He noted that South Africa’s municipalities (let alone the EDI sector) are still heavily regulated with regards to how they can procure electricity, “with for example the ‘Eskom single-buyer model’, inter alia, prohibiting them from buying electricity directly from an independent power producer”.

“At least now the doors are opening and there is more understanding in the energy space in terms of the thinking. In some cases, we as SA are leaders in the renewable energy space. Look at, for example, the DMRE REIPP Programme, which put South Africa on the global map in its support for renewable energy.

“Now with Eskom’s operational challenges, among other issues, it will mean we have to of necessity look at alternative sources of energy procurement. This would be a step in the right direction, if municipalities are to comply with their service delivery mandate to its end-use customers,” said Padayachee.

Nhlanhla Ngidi, spokesman for the South African Local Government Association (SALGA) agreed that the release of the list was step in the right direction: “NERSA had put this approval of these tariffs on hold, but what they did this week was approve the ones that were on hold.”

The NERSA list of municipalities with approved small-scale embedded generation tariffs as of 2 September is as follows : 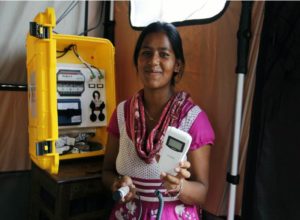