South Africa’s utility Eskom has announced that it will soon release a new tender for a 1.4 gigawatt-hours battery storage project.

The project tender, with a planned installation date of December 2021, will consist of supplying, installing, and operating distributed battery storage infrastructure at Eskom sub-stations across the country.

During a webinar, Prince Moyo, general manager for power delivery engineering at Eskom, explained that the large-scale energy storage tender will be split into two phases.

The second phase will include 60MW solar PV integrated with the battery storage, along with an asset performance management system.

The tender has already been approved by South Africa’s Ministry of Finance, Moyo said. However, the Department of Public Enterprises is yet to sign off on the project. That consent “has been escalated to the highest level,” he said, without committing to a date.

Flagship for battery storage in Africa

Moyo called the battery tender “a flagship project” for Eskom, which supplies around 95% of South Africa’s electricity via more than 45,000MW of generation.

The scope of the technology-agnostic procurement will include battery operations and maintenance and physical security such as access control and alarm systems.

The winning bidder will be expected to verify Eskom’s technical studies and provide detailed designs before implementing the battery plant, said Moyo. Eskom has identified eight potential sites for the first phase of procurement, subject to due diligence.

Site selection for the second phase of procurement is underway, with fewer than 10 sites now under consideration, Moyo revealed.

He noted that bids will be evaluated on a total cost of ownership basis. Eskom is also looking for performance guarantees over 20 years and will be imposing penalties for noncompliance. The utility will use a World Bank procurement approach, he said.

The funds for the battery storage tender are part of $1 billion in World Bank concessional climate financing that is expected to mobilise a further $3.3 billion from the private sector, Verdol said.

“The authorities saw battery storage as a new market for South Africa,” he added. “South Africa has a lot of potential in terms of minerals and industrialization. The potential for value-chain scale-up is demonstrated.” 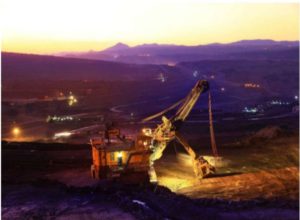