The company believes in a diversified energy solution for Africa, and how technology like Highview Power’s can facilitate an increase in the use of renewable energy, reducing regional dependency on fossil fuels and bringing accessible energy to underserved communities.

Have you read?
Carbon-neutral or green LNG: A pathway towards energy transition

JCG’s investment arm Janus Capital took part in the funding round alongside Sumitomo Heavy Industries and TSK, raising a total of $70 million.

Unlike other long-duration energy storage solutions, such as pumped hydropower or compressed air, the CRYOBattery has no geographic constraints and has a small footprint, even at gigawatt levels.

According to the company, at utility-scale, Highview’s storage systems paired with renewables are equivalent in performance to fossil fuels and nuclear baseload power.

Rikin Shah, CEO of JCG, will join the Board of Directors at Highview Power. Shah, who has experience in building adaptable business models to support sustainable and profitable growth in sub-Saharan Africa’s energy markets, commented:

“We believe there is a huge joint opportunity for JCG and Highview to unleash the potential of renewable energy across Africa. We saw enormous value in investing in Highview, both strategically to develop new technologies in the energy space, and operationally to support JCG’s wider growth and business goals.

“Highview is an inspirational example of true innovation in energy, and the synergy between their team and ours motivated JCG to make this investment. Together, we’re confident that our two businesses can create lasting, positive impact in the African energy sector.” 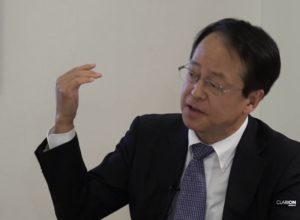