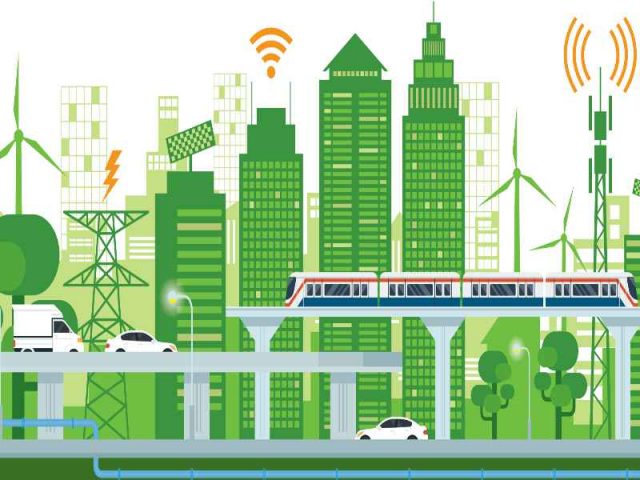 As a founding member of the Smart City Observatory at Bocconi University, Enel Foundation contributes to discussion around infrastructure and networks for Smart Cities and the role of electric vehicles in the energy transition.

In one such discussion, Enel Foundation undertook dialogue on how the application of innovative technologies in infrastructures and networks for the management of energy, water and waste in urban areas creates value – economic, social and environmental – for the various players operating in the system.

The dialogue took place in October at an event organised with support from Bocconi’s GREEN (Centre for Research in Geography, Resources, Environment, Energy and Networks), established to conduct and promote multidisciplinary research-oriented towards addressing policy-relevant issues at local and global scale. During the meeting, several presentations outlined how energy, water and waste management in urban areas increasingly rely on the use of smart infrastructures and smart grids.

The interventions also underlined that new technologies allow efficient management and monitoring of services, with significant benefits for utilities and a reduction in operational costs. Moreover, smart accounting and pricing systems provide data of significant competitive value to operators, while at the same time allowing users to have information on their consumption, with positive effects on their behaviour.

Matteo Codazzi, CEO of CESI, a leading consultancy firm in the field and a research partner of Enel Foundation, addressed various projects, as well as a roundtable with the participation of Andrea Caregari, head of operations and maintenance at e-distribuzione, the Enel Group company managing electricity distribution grids in Italy.

Professors Giuseppe Franco Ferrari and Edoardo Croci, coordinators of the Smart City Observatory, remarked: “The Smart City Observatory established by Bocconi University offers key institutional and industrial players the opportunity to analyse and debate key topics regarding the economic and regulatory dynamics of smart cities.” In addition, they underlined, “utility-led innovation in the management of infrastructures and networks is a prominent area of advancement in urban sustainability. Enel Foundation actively participates in shaping the research agenda of the observatory and in bringing to evidence the best practices of Enel Group”.

During another forum, Enel Foundation’s deputy director, João Duarte, delivered a keynote speech and moderated a panel focused on “Business opportunities for the new-energy Industry”, attended by representatives of The Mobility House, Volvo Buses and BYD Europe B.V.

The discussion focused specifically on the new-energy industry: exploring issues related to smart charging for electric buses; and trying to answer questions such as whether bidirectional charging can unlock the potential for bus-based energy storage to meet grid demand.

With nearly 300,000 fast chargers installed globally, and roughly half of these dedicated to buses, the charging pattern of electric buses (at the depot during the night and en route with pantographs during the day) can open new opportunities for energy services.

According to the IEA’s Global EV Outlook 2019, at the end of 2018 there were 460,000 electrified public buses in the world, with China taking the lead as the biggest market. With a growth rate of 25% from the previous year, the adoption of electric buses outside China has been pushed by innovative procurement schemes, such as the one deployed by Enel X in Santiago del Chile.

In addition, the implementation of significant policy instruments, such as the EU fuel economy standards for cars and trucks and the Clean Vehicles Directive, which provides for public procurement of electric buses, will keep this segment growing in the coming years.

Bloomberg’s BNEF estimates that by 2040, 80% of the global municipal bus fleet will be electric, with important consequences in the levels of global emissions and decreases in air pollution at city levels. The World Health Organisation (WHO) records that in 2018, 97% of cities in low- and middle-income countries with more than 100,000 inhabitants did not meet the WHO air quality standards, with serious health consequences for the citizens involved. With the advent of the energy transition, the International Association of Public Transport and its 1,700 members including public transport authorities and operators from 100 countries will continue their journey with Enel Foundation closely monitoring how bus operators approach the new energy industry – continuing to advance their major bus business while also expanding the ancillary business.

The smart city of today can’t ignore the impact of climate change. As such, the Enel Foundation has provided research guidance and scientific contributions for an extensive comparative study conducted by the Earth Institute’s Research Program on Sustainability Policy and Management at Columbia University on the suitability of different carbon pricing mechanisms as policy instruments to mitigate climate change.

The study, presented in a recent paper titled Carbon Pricing as a Policy Instrument to Decarbonize Economies looks at carbon pricing policy applicability in different economic and institutional contexts. This analysis covers 37 countries where carbon pricing mechanisms – both carbon taxes and cap-and-trade schemes – have been implemented or proposed as a means to support decarbonisation while balancing economic growth objectives with greenhouse gas emission targets. The evidence shows that the effectiveness of these mechanisms in reducing emissions and their applicability are affected by regulatory stability, distributional effects, interactions with other policies and the impact on global trade. ESI

For more insight and news from Enel Foundation visit esi-africa.com/enel-foundation/