The world’s largest solar park, the 2,000MW Shakti Sthala in India, built over 13,000 acres across five villages with an investment of INR165 billion ($2.53 billion), is to be inaugurated today.

This makes the 2GW(AC) capacity project, which has been separated into eight sections of 250MW, the world’s largest solar park.

Situated at Pavagada in Tumakuru district of Karnataka, India this massive project had been conceptualised, planned and built over a period of three years, according to Karnataka’s energy minister DK Shivakumar.

The project involved a unique lease programme whereby the government took on a long-term lease from the farmers that owned the land. As part of the project, 2,300 farmers are now eligible to INR21,000 ($322) rental per acre, according to a government video.

Mudit Jain, consultant at Bridge to India, told PV Tech that in some states where land is leased out directly from farmers to the project developers, there is an “inherent fear” that if the farmer cancels the lease a few years later then that plant is in jeopardy.

Jain added: “A unique thing and brilliant thing that has been tried in this park is that the government has taken the lease from the farmers – a very strong lease, which can’t be broken by the farmer – and then this land is then leased back to the developers.

“In that scenario the farmer will still possess the land after the plant life and the total cost is also fragmented over the years rather than being charged everything up front.”

Jain explained that only a few months had been lost and delays around transmission and synchronisation are common, so the project has been carried out very successfully.

Also, in 2017, the Indian utility NTPC had to retender 250MW at the park after infrastructural issues dampened the interest of developers to participate.

The vast park also spans 5,261 hectares across an area which the government video said had faced several decades of drought and crop failures and had seen thousands of farmers migrating each year with lower rainfall and power shortages.

In our quest for #NavaKarnatakaNirmana, the World’s Largest Solar Park of 2000MW capacity will be inaugurated at Pavagada today

This mega project was conceptualized, planned & built in just 3 yrs & is testament of our commitment towards development#WorldLargestSolarParkbyINC pic.twitter.com/FbR0cLvYqw

Earlier this month, Shivakumar said: “Projects like our 2,000MW Pavagada Solar Power Park, the largest in the world – will change the landscape of power generation, putting Karnataka at the cutting edge of sustainable energy.” 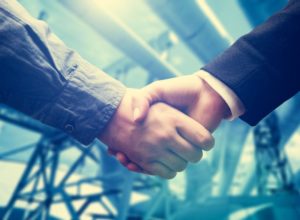