The South African Department of Science and Innovation (DSI) is collaborating with energy sector companies to complete a feasibility study for the establishment of a hydrogen valley anchored in the metals-rich Bushveld geological area.

The proposed hydrogen valley will stretch approximately 835km from Anglo American’s Mogalakwena platinum group metals (PGMs) mine near Mokopane in Limpopo province in the north of South Africa, along the industrial and commercial corridor to Johannesburg and to the south coast at Durban.

This collaboration follows the launch in 2020 of the South African Hydrogen Society Roadmap, aimed at integrating hydrogen into the economy by capitalising on the country’s PGMs resources and renewable energy potential to revitalise and decarbonise key industrial sectors.

The study will be conducted by ENGIE Impact and will identify tangible opportunities to build hydrogen hubs and explore the potential for green hydrogen production and supply at scale.

Dr Phil Mjwara, DSI Director-General, said: “The Department’s hydrogen valley partnership with Anglo American, Bambili Energy and ENGIE is an example of leveraging investments made in the Hydrogen South Africa Programme to create mechanisms for the uptake of publicly financed intellectual property.

“The hydrogen valley is among the projects that will be implemented in partnership with the private sector to support the Platinum Valley Initiative, which is aimed at supporting small, medium and micro enterprises (SMME) to take advantage of opportunities in the green economy in support of a just transition.”

Natascha Viljoen, CEO of Anglo American’s PGMs business, commented: “The transition to a low carbon world is an opportunity to drive the development of cleaner technologies, create new industries and employment, and improve people’s lives.

“Anglo American was an early supporter of the global potential for a hydrogen economy, recognising its role in enabling the shift to greener energy and cleaner transport.

“Our integrated approach includes investing in new technologies, supporting entrepreneurial projects and advocating for policy frameworks that enable a supportive long-term investment environment for hydrogen to deliver that potential.”

The regional PGMs industry will be central to such a hydrogen valley, with PGMs playing an important role both in Polymer Electrolyte Membrane (PEM) electrolysis used to produce hydrogen at scale and in fuel cells themselves.

Anglo American is already investing in renewable hydrogen production technology at its Mogalakwena PGMs mine and in the development of hydrogen-powered fuel-cell mine haul trucks – the world’s largest to run on hydrogen.

The public-private partnership is aligned to the Government’s Economic Reconstruction and Recovery Plans for South Africa, with science, technology and innovation playing a key role in supporting the country’s plans to revitalise its economy.

Sebastien Arbola, the executive vice president in charge of thermal generation and energy supply activities at ENGIE, said: “ENGIE is delighted to be part of the hydrogen valley study. We are keen to share our knowledge and expertise encompassing the entire hydrogen value chain to accelerate hydrogen solutions’ deployment in South Africa and beyond.

“We already have a demonstration project under way to supply the hydrogen for the world’s first hydrogen mining truck being developed by Anglo American at the Mogalakwena PGMs mine.

“We believe that renewable hydrogen is key to decarbonising hard-to-abate industries and will play a fundamental role in the global economy of tomorrow.

“We look forward to once again joining forces with Anglo American to contribute to South Africa’s energy transition and the country’s economic recovery plan.”

Have you watched?
Keep an eye on these 2021 predictions

Zanele Mavuso Mbatha, CEO Bambili Energy, said: “The initiative to develop the South African hydrogen valley and the collaboration between Bambili, Anglo American, ENGIE and the South African government is significant as it will build material public awareness, confidence and support for the hydrogen economy.

“This collaboration is illustrative of Bambili’s view that a public-private partnership is critical in the development of this industry in the South African economy.” 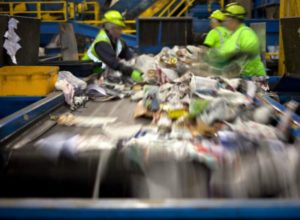