The 2021 edition of REN21’s Renewables in Cities Global Status Report shows the number of cities who have enforced partial or complete bans on fossil fuel jumped five-fold during 2020.

More than 10,500 cities globally had adopted CO2 emission reduction targets, and around 800 cities have committed to net-zero emissions in 2020 – up sharply from the 100 cities with such commitments in 2019.

Rana Adib, REN21 executive director, said: “With their impact at scale, cities are our best bet to plan, develop and build a renewable future. But all too often their potential for transformation remains massively underused. It’s a tough job to turn low-carbon ambitions into reality in built and densely packed environments. National governments must put money, capacity and above all legislative powers into the hands of local authorities.”

A critical factor for the success of cities’ climate strategies is to rapidly replace fossil fuels with renewable energy in heating and cooling as well as in transport. These sectors are responsible for the biggest share of global emissions, and they are best addressed at the local level.

The Report contains a special focus on sub-Saharan Africa, which shows that despite many challenges, city governments across the region are taking important steps to advance the deployment of renewables.

According to the report, Africa’s urban population increased more than 16-fold between 1950 and 2018, from 33 million to 548 million, and this rapid urban growth has been and remains a key driver of rising energy demand.

Cities across sub-Saharan Africa increasingly recognise the opportunities around renewable energy use to improve energy access, reduce energy poverty as well as boosting the resilience and reliability of existing power systems.

Cities across Africa are finding ways around barriers to deploy renewables

At least 19 cities, including Cape Town, South Africa and Kampala, Uganda have renewable energy targets in place and 34 cities have policies.

Many cities in the region have joined global clean energy initiatives. For example, signatories to the Covenant of Mayors in Sub-Saharan Africa (CoM SSA) have voluntarily committed to implementing climate and energy actions in their communities.

The Climate Action Planning Africa Programme, led by C40 Cities, brings together 11 megacities in sub-Saharan Africa that have pledged to become net-zero carbon by 2050.

Have you read?
Energy storage will boost Africa’s energy transformation

However, municipal governments in the region face numerous barriers to the deployment of renewables. Key challenges include policy and regulation, underdeveloped grids and infrastructure, unstable off-taker arrangements, access to financial markets, data needs and technical capacity.

Although city authorities in sub-Saharan Africa may have limited influence over infrastructure and services, they can all take action to encourage local renewable energy deployment. Developing low-carbon pathways requires multiple collaborations across a broad range of stakeholders, including national policy makers.

City specific measures are paying off

In 2017, Cape Town entered into a court challenge with the national government to enable it to purchase electricity from independent power producers (IPPs) and not be confined to procuring coal-fired power from Eskom. By 2019, Cape Town had the highest concentration of registered rooftop solar PV systems nationwide.

Home to 50% of Senegal’s urban population, Dakar is committed to reaching net-zero carbon by 2050, under the C40 Cities Leadership Programme. The City’s transport plan articulates three ambitious infrastructure projects –train, bus and on-road transport – with a common goal of increasing the share of electrification and reducing fossil fuel dependence across the transport modes while reducing air pollution by 2030.

Kampala’s energy demand is dominated the transport sector’s inefficient transport modes increasing city’s congestion. The SMART mobility programme has enabled successful public-private partnerships, which in 2020 resulted in the use of more than 200 new and retrofitted electric motorcycles for public transport. The rise of electric mobility in Kampala is an example of how such relationships can be leveraged to advance the renewable energy agenda at a city level.

Tsévié has implemented a three-year municipal energy programme to boost local energy access and development. Under this programme, the municipality aims to achieve its sustainability ambitions in four strategic areas: 1) sustainable biomass use, 2) deployment of distributed rooftop solar PV, 3) increased adoption of electric motorcycles and 4) a modal shift to public transport.

Yaoundé IV rolled out a pilot project in 2019 to switch households from LPG to biogas, thereby reducing greenhouse gas emissions. The success of the project has paved the way for similar programmes, notably ENERGIE PLUS, which seeks to build an industrial scale biogas plant to supply electricity to Yaoundé IV and its environs.

For more on REN21’s Renewables in Cities Global Status Report 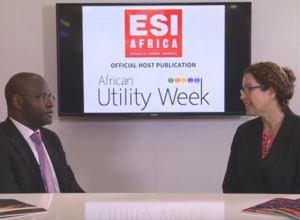 What value does customer service engagement bear for utilities?