With electricity costs up by 350% over the last decade and the regional grid under enormous pressure due to generation issues at Eskom, leading fuel retailers are grabbing the opportunity to adopt solar solutions – both to save costs and in an effort to go green.

For example, the system at Puma Energy’s Bach Street Service Station in Windhoek has generated 207,273kWh since its commissioning in October 2016. The solar output has to date covered 25 to 30% of the site’s total monthly electricity consumption, resulting in material electricity cost savings and a significantly reduced carbon footprint.

According to Tim Frankish, the managing director of SolarSaver – a solar energy group backed by Stimulus Investments and the Pembani-Remgro Infrastructure Fund – service stations are ideal candidates for solar PV solutions as they generally have canopy space that sits in full sun. “These stations also consume a lot of electricity, especially as many sites now include 24-hour retail stores as part of their service offerings,” says Frankish. “We have completed numerous solar installations for service stations and have found that we can considerably cut their monthly electricity costs.”

Frankish sees great potential for solar adoption across the fuel retail sector, as all of the major fuel retail groups are actively encouraging their franchisees to adopt solar solutions. The company offers customised solar solutions on a rent-to-own basis. That means franchisees can benefit from the systems without the need for any upfront capital investment. Instead, SolarSaver installs the systems free-of-charge against a variable monthly rental charge.

“The effective cost of rented solar power is significantly cheaper than the equivalent cost of grid power, so our clients get to start saving on their electricity bills from day one,” says Frankish. “Our solar rental charges then only increase in line with CPI inflation, so clients’ savings grow each year as grid electricity costs increase significantly beyond that.” The company also remains responsible for all ongoing monitoring, maintenance and insurance. “We like to think of our offering as a ‘capex-free, hassle-free’ way to take advantage of solar power,” he adds.

While initial solutions focus on daytime power generation through grid-tied solar, SolarSaver is already starting to update existing systems to include batteries as that technology becomes more cost-effective. Solar technology is rapidly evolving and decreasing in cost. Solar panel prices have decreased by 80% since 2008 and the lithium-ion batteries used in solar applications have already halved in cost over the last two years. 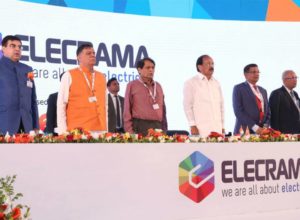