Last week, the Development Bank of Southern Africa (DBSA) announced the appointment of Tshifhiwa Bernard Magoro as the new Head of the Independent Power Producers Office (IPPO) in South Africa.

The appointment is effective from 01 May 2020. Tshifhiwa is currently the General Manager of the Eskom System Operator and Eskom Telecommunications, responsible for ensuring the integrity of the South African electricity grid.

Read more
Grid reliability in SSA is a neglected gem

His responsibilities at Eskom include managing real-time electricity supply and demand balancing.​

According to the DBSA, Tshifhiwa’s appointment comes after a rigorous recruitment process and on the recommendation of an interview panel, which consisted of representatives from the Department of Mineral Resources and Energy, the National Treasury’s Government Technical Advisory Committee and the DBSA.

The South African Wind Energy Association (SAWEA) believes that the well-established nature of the REI4P programme, combined with Magoro’s experience in the energy sector, will enable a smooth transition to the new leadership of the IPP Office and ease the implementation of the IRP 2019.

“Magoro is well qualified for the role and brings along over 20 years of technical, managerial and leadership experience in the sector, in addition to having played a direct role in the REI4P’s development and enforcement of the first renewable grid code in South Africa,” said SAWEA CEO Ntombifuthi Ntuli.

The Association commended Advocate Sandra Coetzee for holding the reigns as the interim Head of the IPP Office from July 2019, and ensuring continuity in that office up to so far.

Qualifications for the job

Tshifhiwa is an electrical engineer by profession and has over 20 year’s technical, managerial and leadership experience in the Electricity Supply Industry.

Following the implementation of the country’s Renewable Energy Independent Power Producers Programme (REIPPP), Tshifhiwa led the process that saw the development and enforcement of the first renewable grid code in South Africa.

He currently serves as a governing board member of the GO15, which is a group comprised of the 19 largest grid operators in the world. He was recently appointed to the Eskom Transmission Divisional Board.

In a statement, the DBSA, together with its partners the Department of Mineral Resources and Energy, the National Treasury’s Government Technical Advisory Committee, thanked Adv. Sandra Coetzee who has been the Acting Head of the IPP Office since July 2019. 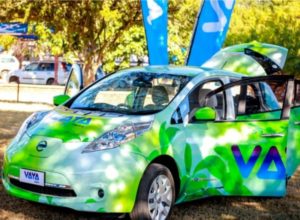