Earlier this year, Porsche officially ended production of its diesel-powered vehicles in the face of changing consumer demand and stricter emission tests; however, they are not the only car manufacturer to take this route.

The firm’s spokesperson was quoted saying it’s all about a “cultural shift” – and rightly so as electric vehicles and hybrids are steadily rising in global popularity.

According to the IEA, electric vehicle ownership is set to increase to about 125 million by 2030, spurred by policies that encourage drivers, fleets and municipalities to purchase clean-running cars. However, with an estimated two billion vehicles forecast for global roads between 2035 and 2040 there is considerable room for electric vehicle (EV) growth.

The EV30@30 campaign, organised by the CEM-Electric Vehicles Initiative and coordinated by the IEA, acknowledges that cities are running at the forefront of the electric mobility transition and intends to demonstrate how local- and national-level cooperation brings about more successful and sensible policies.

At the ESI Africa news desk, we have seen an increase in the uptake of such standalone projects, which indicates that a focus on transportation is an enabler for cities to make a ‘clean’ break and increase residents’ prospects.

A recent example can be found in Tanzania. The country’s Petroleum Development Corporation unpacked government’s plan to use natural gas-powered buses on its rapid transit routes in its capital city. The Dar es Salaam Rapid Transit (Dart) project will see approximately 800 buses switching to natural gas.

This move is projected to cut fuel use by up to 50% and is anticipated to drive down fares and costs in favour of commuters.

However, the challenge is in having sufficient filling stations able to distribute natural gas. As such, the Dart project undertakes to work with companies operating petrol stations along the routes to include natural gas.

This project embodies the results that collaborative efforts can deliver in the transition to smart cities.

Is your city taking on similar projects? 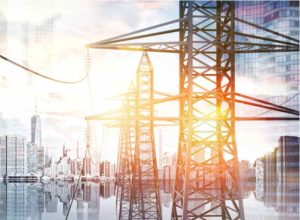