It’s in your best interests to reduce air pollution, but do you have any control over how this is managed?

To date, only 82 countries out of 195 have implemented such incentives. Is it political will that lacks motivation or the private sector that isn’t willing to drive change?

Last week I mentioned [read it here] that Standard Bank’s annual general meeting was underway where its shareholders voted on a climate risk-related resolution. The outcome reflects mixed feelings.

Standard Bank is now embarrassingly forced to adopt and publicly disclose a policy on lending to coal-fired power projects and coal mining operations.

Meanwhile, on Tuesday, Absa Bank announced that it would voluntarily develop policy on climate change. This comes across as more of a branding exercise ahead of its shareholders potentially making similar demands.

In my view, it is clear that the private sector does hold sway over initiating climate-related policy, which does have an impact on environmental issues, including those to reduce air pollution.

It is our rapid increase in the use of stand-alone diesel generators that affects air pollution. However, how else do regions that are off-grid or have unreliable access to grid electricity respond to their demand for power?

Do you agree that one of the solutions lies in governments opening the energy and power markets to accommodate smaller, decentralised power plants?

With decisive steps to transition the market, South Africa could lead in this space even though the country faces a crucial time where policy certainty and lack of direction are at play.

Playing our part, ESI Africa is hosting a webinar on Power Strategy, looking at the energy mix and operating models. It is well-timed just one week after South Africa’s State of the Nation Address, which allows our panellists to unpack any announcements that will impact the market.

Register here to participate during the live discussion. 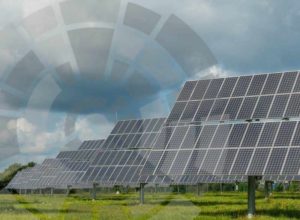